This was the first quilt I made from vintage fabric. The prints are more 40’s and 50’s so the colors are brighter than some of my other quilts. It’s entirely hand pieced, which is unusual for this pattern since it’s an easy pattern to sew on the machine. When I began to seriously quilt again about 8 years ago, I wanted to hand piece everything. When it came time for the quilting, I did a couple of rows and decided I didn’t enjoy it nearly as much as the piecing. I thought about the church ladies in Ohio who had finished the quilting on my first quilt, Morning Glory in the 70’s (and several quilts for my mother and mother-in-law), and decided to contact them. Mrs. H responded that her group was still quilting and they would be pleased to finish my quilt. I packed up the quilt and mailed it the next day. About a month later I got it back and was so excited to take a look.

Well, friends, you would not have believed what I found. The poor church ladies must have been really old by then because the quilt was a complete mess — the stitches looked like a child had done them, there were really dark pencil lines from tracing the flower template, and the muslin back was covered with little blood stains. I was devastated! After I recovered from the shock, I started the process of taking out all of their quilting and doing it over — one block at a time. Here’s what I used: seam ripper, tweezers, a little cup of diluted Oxyclean, Q-tip, and hairdryer — it took about 6 months to complete. The good thing that happened was that I began to enjoy hand quilting, which is now my favorite part of the quilt-making process.

Mrs. H and her friends were paid, and I never told them that I was unhappy with the result. They had done such beautiful work when they were younger, and it was sad that their vision had obviously deteriorated.

I discovered after this quilt was done that one of my pieced blocks and two of the quilted flowers are turned the wrong direction. I couldn’t really fix the pieced block, but I didn’t change the flowers either which is kind of strange since I’m usually sort of a perfectionist about this type of thing. For some reason, it just doesn’t bother me at all. 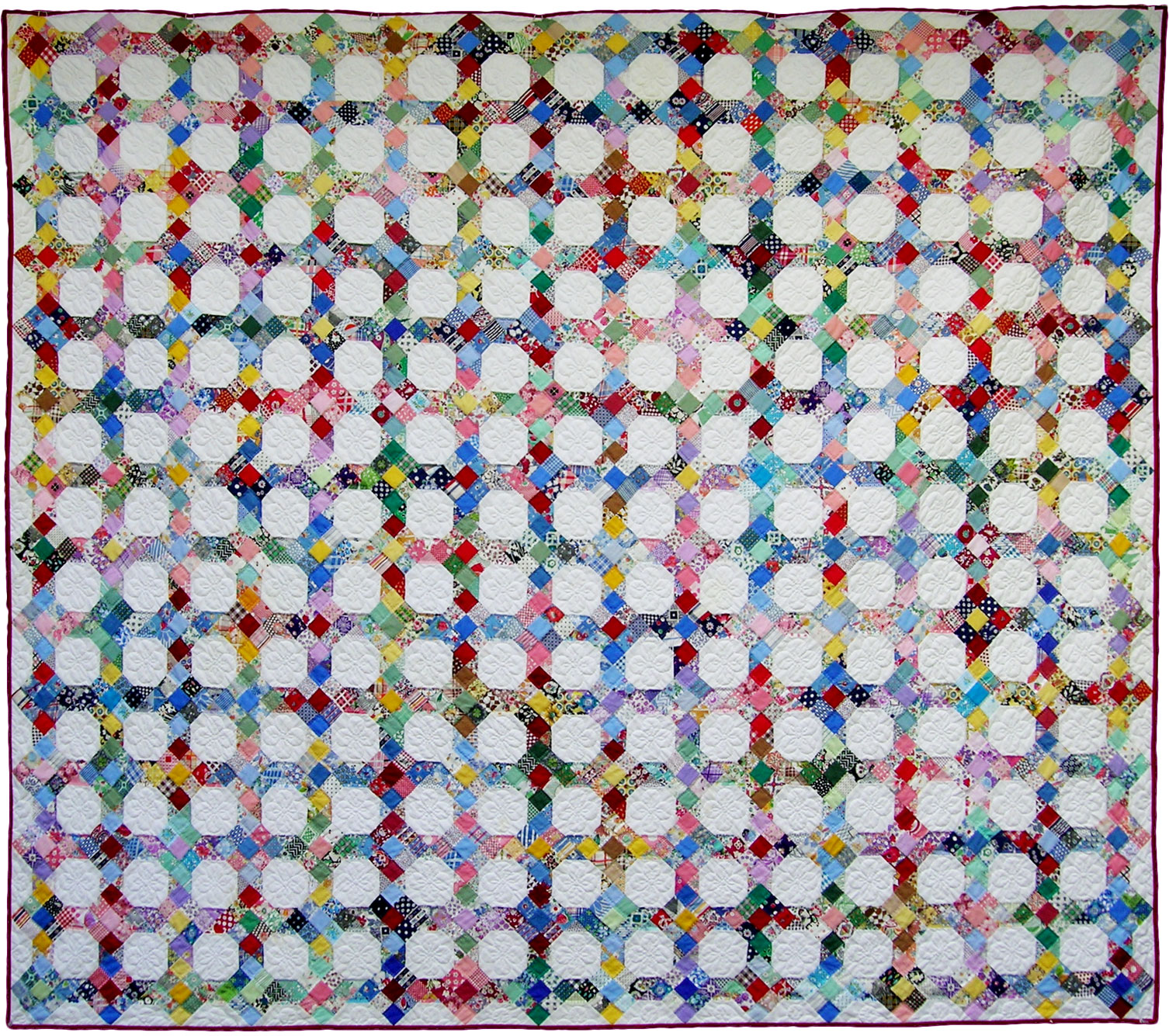 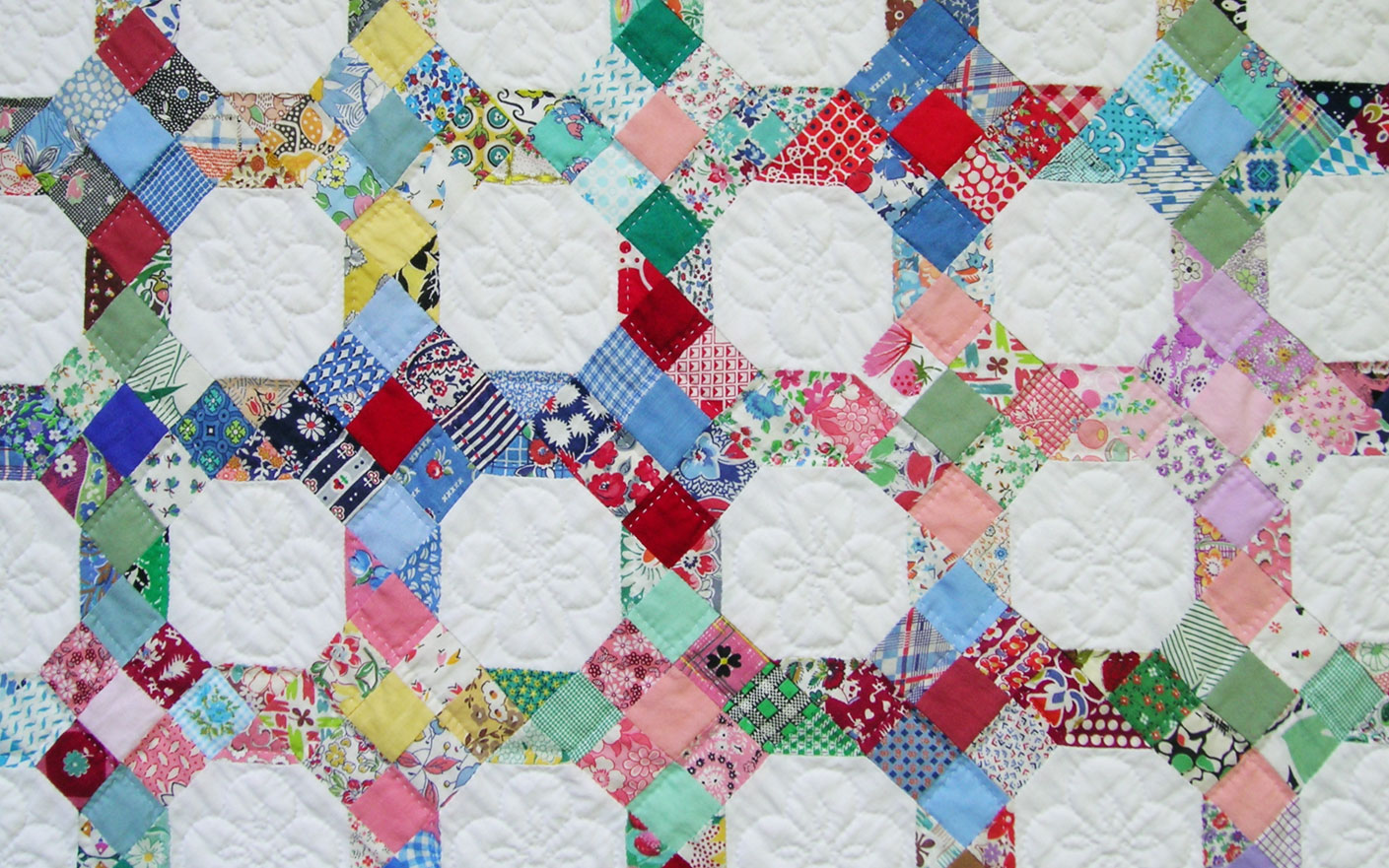 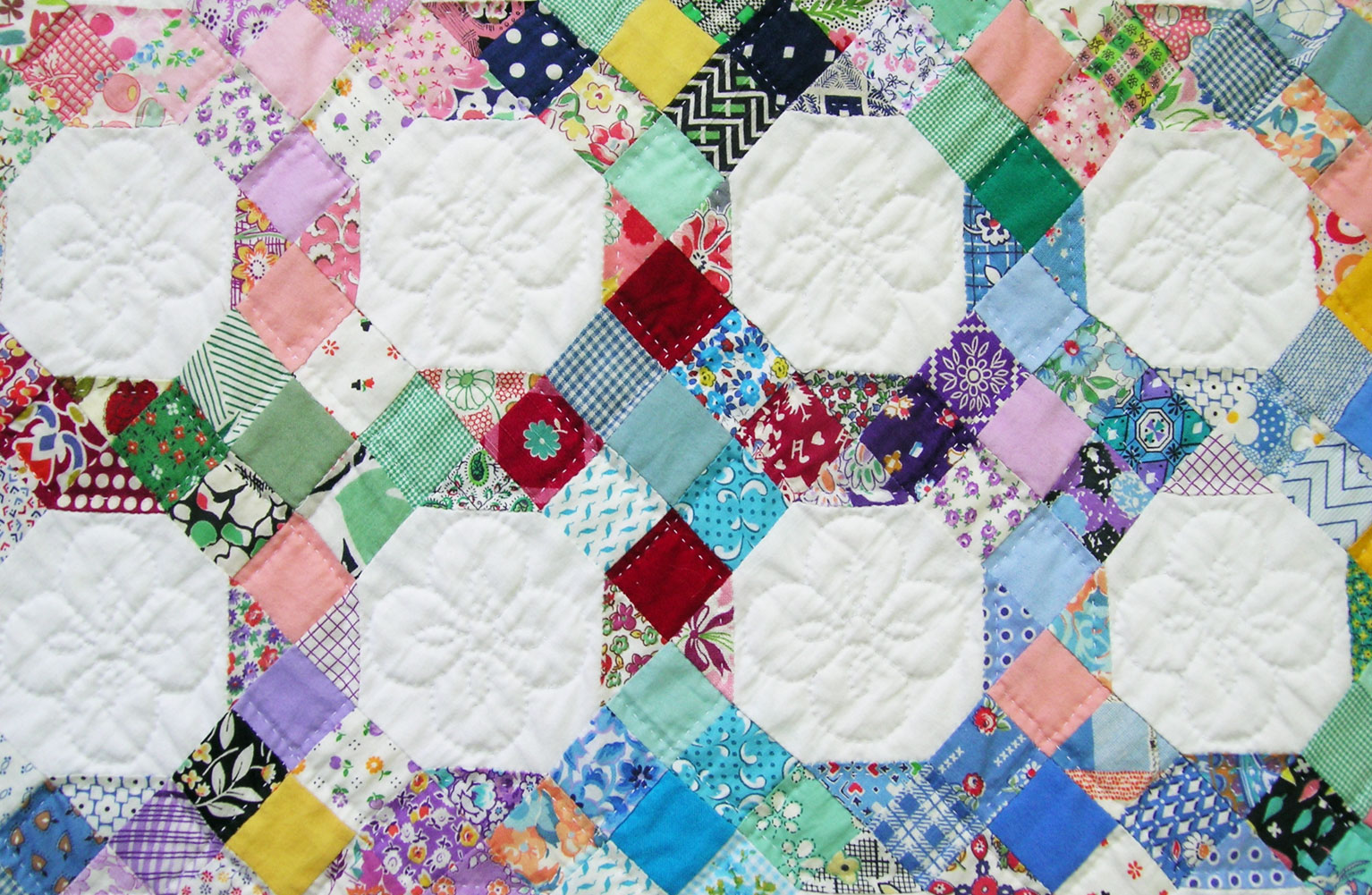 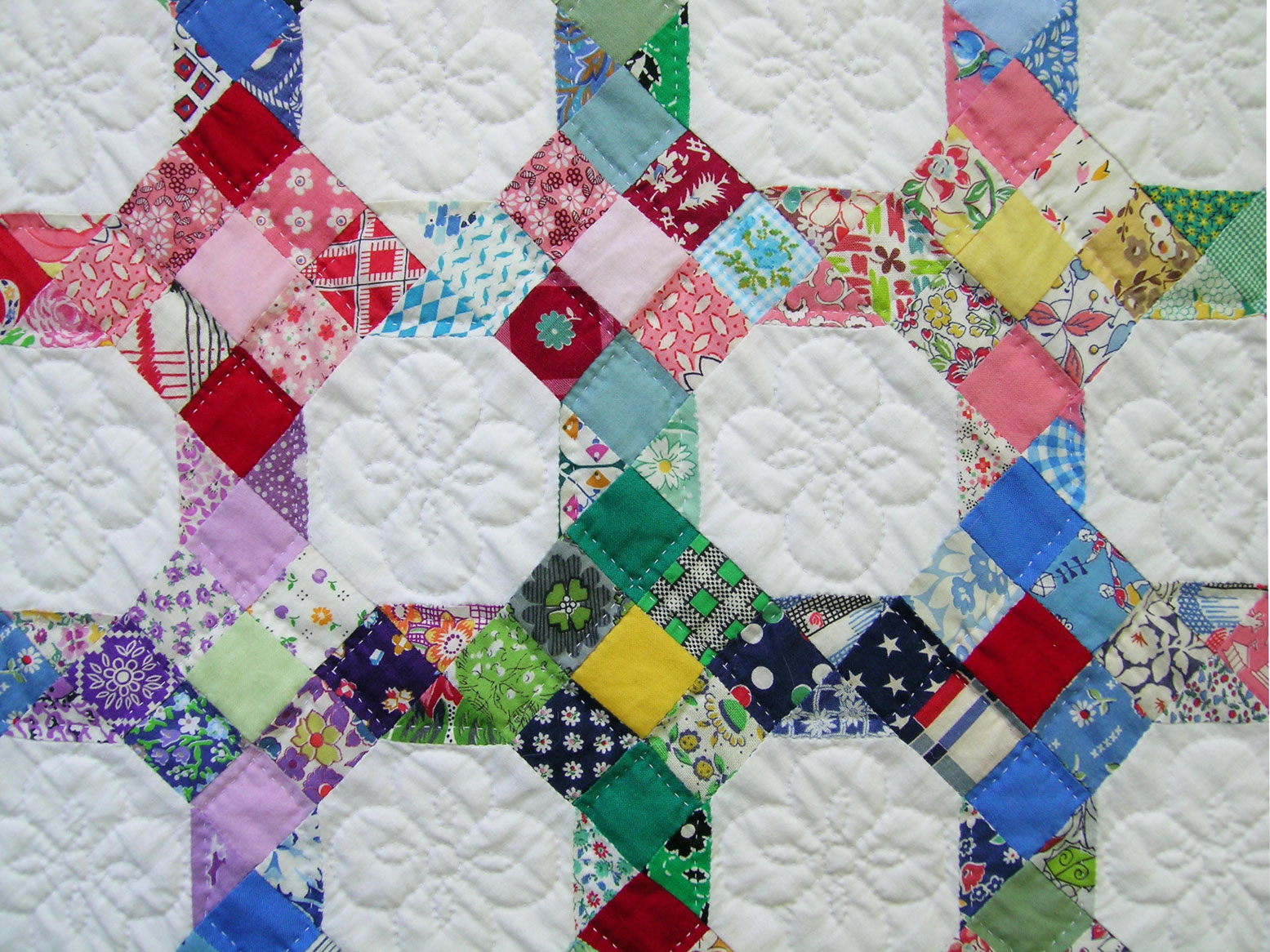 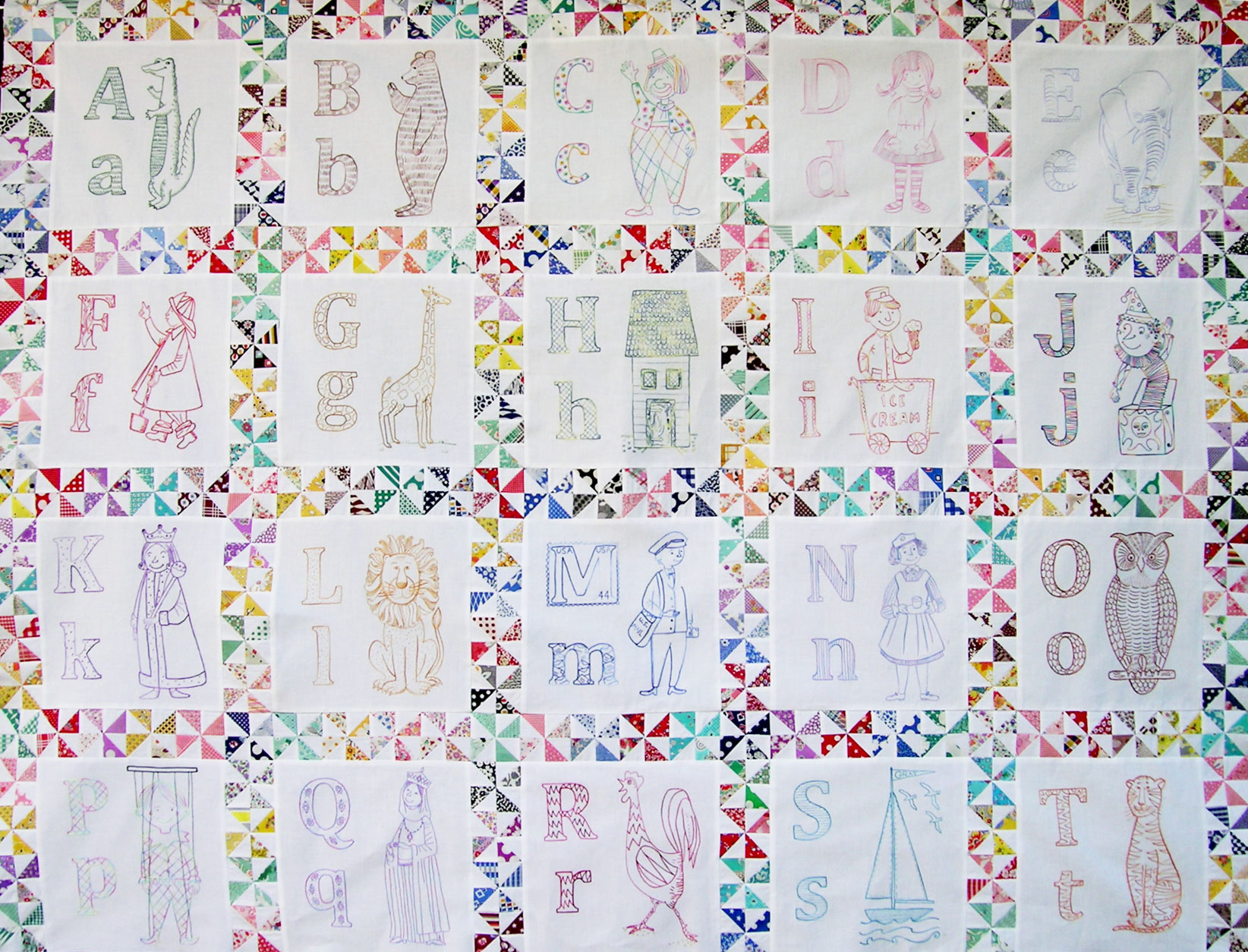 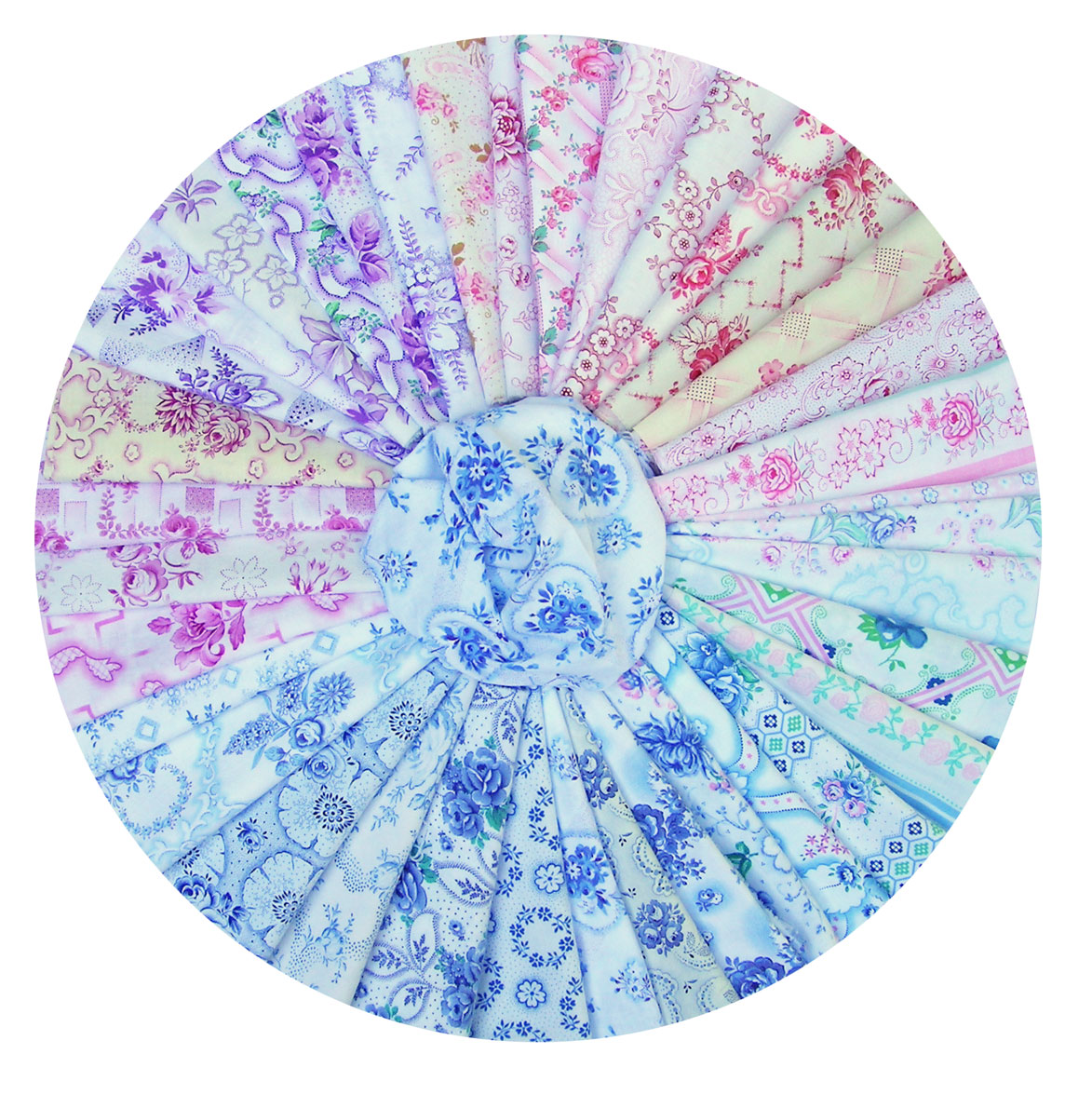