I hope those of you who were fans of the original quilt top will not be disappointed that I ended up changing it a bit. In the process of pressing the top to prep for quilting, I realized it was never going to be flat enough to stitch. I also discovered, upon closer inspection, that the top did contain some dubious fabrics — a few had rust stains and there were a couple of thick flannel pieces.

When I began unpicking the blocks, it was easy to see why the quilt was so lumpy. The pictures below are representative, although each block was oddly shaped in its own unique way. Some were square-ish, most were sort of rectangle-ish, and the length of the crooked sides varied from 9″ to 11″.

I trimmed all the blocks to the lowest common denominator (9″), and attempted to straighten them a little if I could. The suspect fabrics were replaced with pieces reused from the top, whenever possible. Although I kept the blocks in their original positions, I worried (because of the trimming) that I was going to ruin what Kathleen, in her comment, called the “step-back view” of the top. I’m pretty happy with the result, though, and now it’s nice and flat, and also a little smaller. 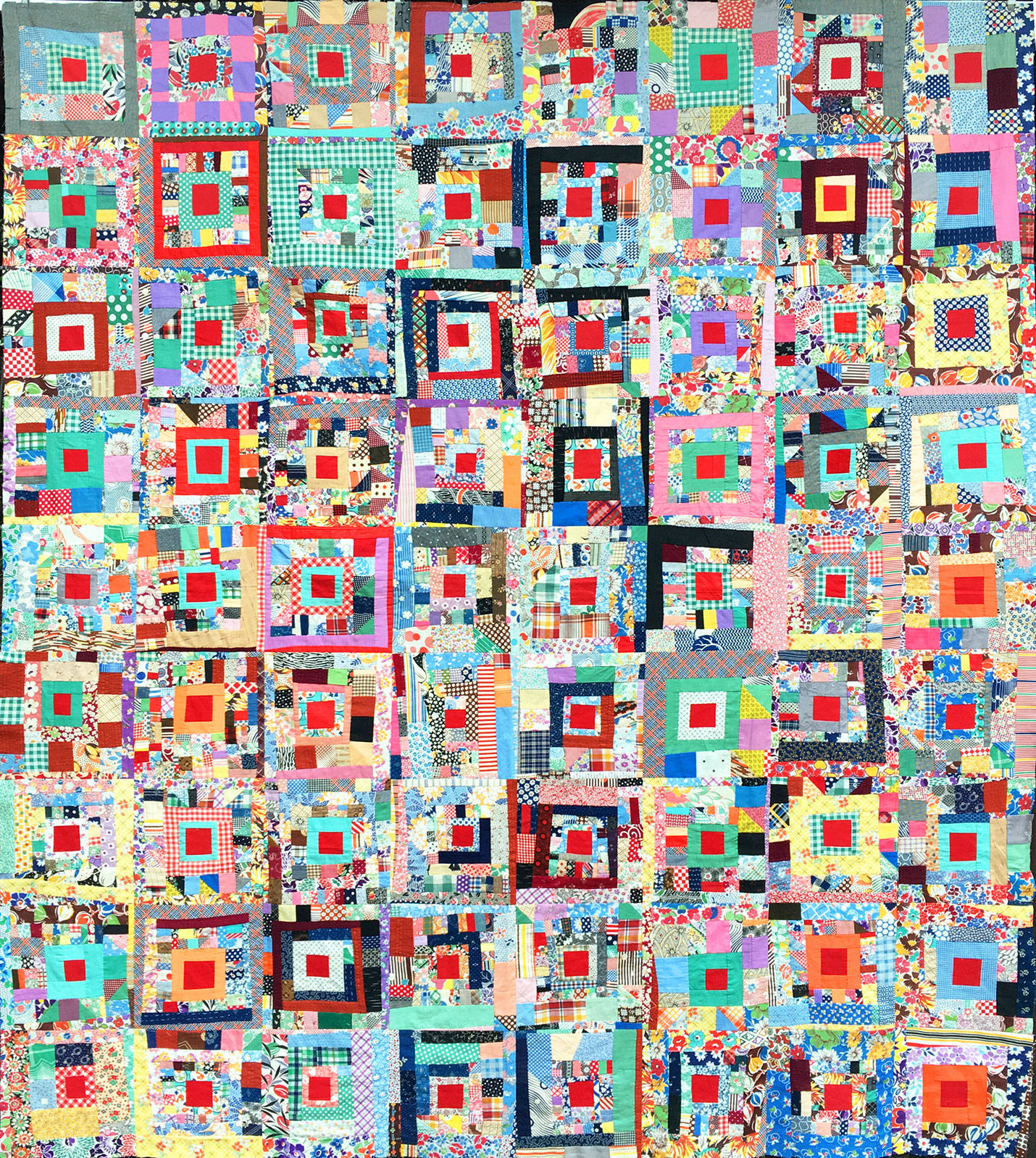 Since the top has about a gazillion seams, I knew I wanted a simple quilting pattern with a bigger stitch and thicker thread. I auditioned several different colors and types of thread, and decided on 3 strands of good old, versatile 6-strand embroidery floss in black, and a simple diagonal pattern. The floss kind of hugs into the fabric instead of sitting on top, and I happen to have a ton of DMC #310. 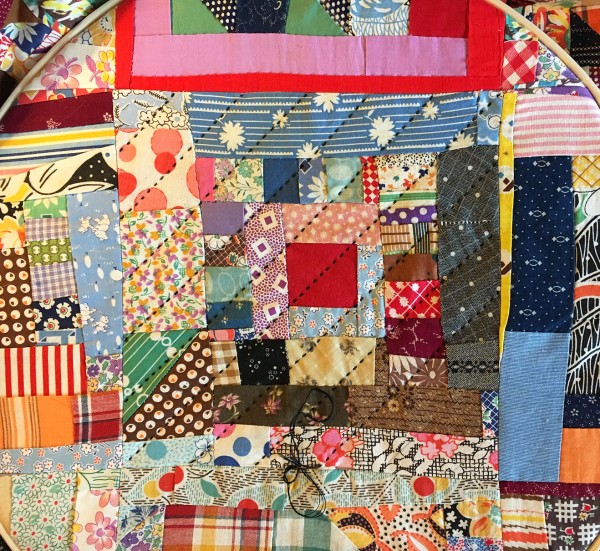 Now I’m excited to start quilting, because I’m going to enjoy marveling at every single crazy print she added to this top. 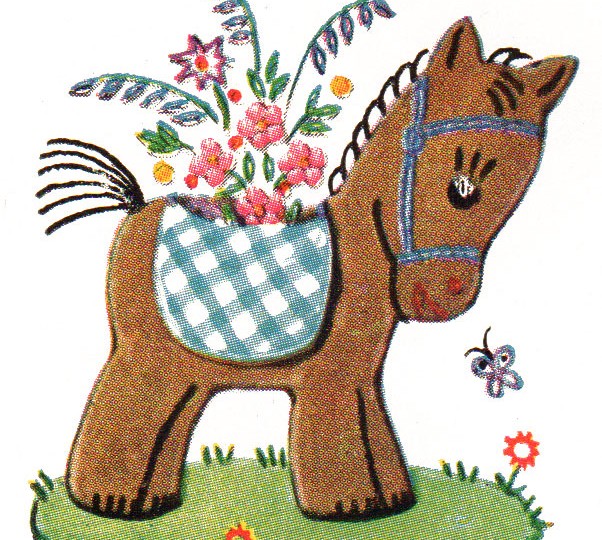 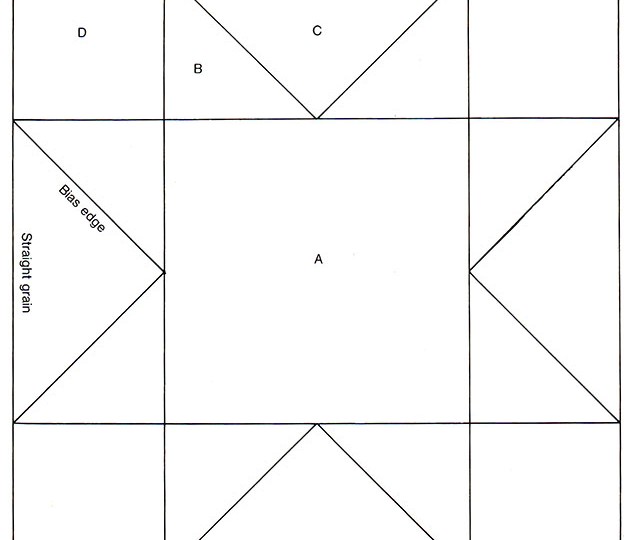