First, I should let everyone know that I talked with Karen Alexander, the quilt historian who commented about this quilt top and suggested I should not take the top apart because it was a treasure.  Karen’s interest is researching quilts with signatures, and she mistakenly believed that my quilt had signatures on the album blocks.  She didn’t appear to have a problem with me taking the quilt apart once she realized this.

I can see how a collector of antique fabric might be interested in this top (especially the centennial print), but the construction and stitching of the top are so crude, I can’t imagine what anyone would do with it, except perhaps document the fabric.  Also, once I examined the top carefully, four of the prints were weak and tore easily (including all of the sashing).  In any event, I made the decision to take it apart and remake it and I hope I’m not offending anyone.  I’m not really a quilt collector — just a quilter who likes to work with old fabric. At least I’m not making a teddy bear 🙂

I’ve sewn 4 blocks so far (2 whole and 2 half), and was surprised at how many pieced pieces there were — lots more than I imagined.  I always think it’s interesting to see this in old quilts — I do it myself when I’m running short of a particular scrap, but some of the pieces she added are so small — just a tiny corner on some.  Her original blocks are around 10 1/2″ and mine are about 8″.  Her finished square pieces are about 2″, but the rectangles are almost 1/2″ narrower.  Honestly, I don’t know how she managed to put these blocks together and I’m not surprised that the top was so lumpy.

After I remove the stitching, I toss the discolored muslin and sort out the printed pieces to see how I might improve the piecing. Next, I make any changes in the extra seaming (making the pattern smaller provided a little more flexibility in positioning the templates and eliminated some of the extra seams). Then I soak the and rinse each piece to remove dirt, press, draw around the template and cut. I’m having a lot of fun working with these blocks and trying to figure out the best way to piece them — I love the problem solving and puzzle aspect of it. Even the tiniest leftover scraps are being saved for a doll quilt.

This block was fairly simple because it’s one of the few that didn’t have seams in the pieces. 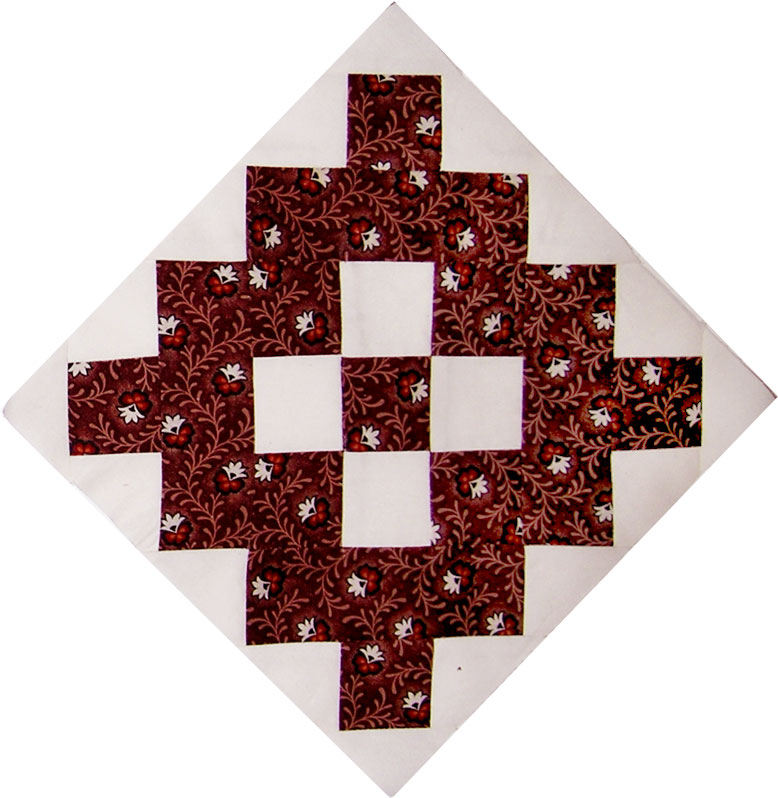 This one was had several seams where the stripes didn’t match up, so I tried to fix those seams before cutting the pieces out. 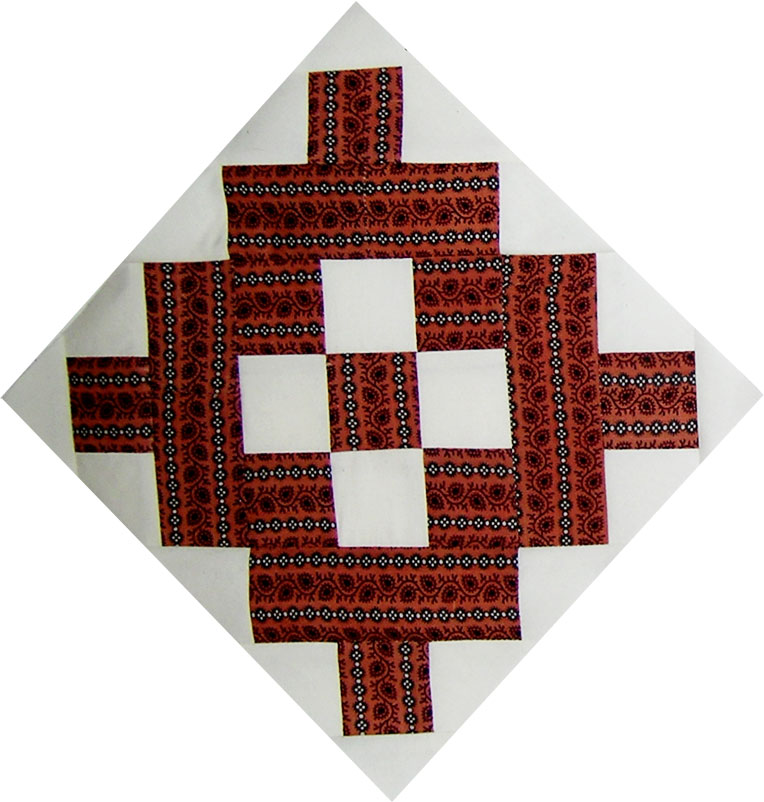 There were two different prints in this original block, but one of them was rotten. It was tricky getting even a half block out of the remainder — lots of extra seams were required. 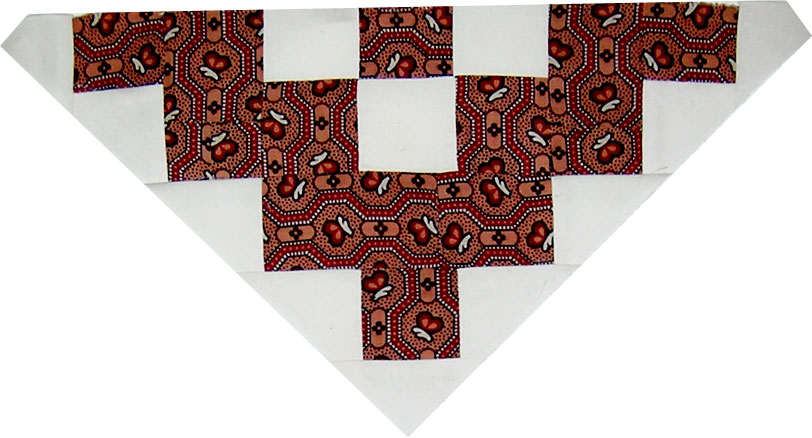 This last block is a bit odd because she cut all of the pieces on a slight bias. I wanted to use them anyway — I think it brings at least a bit of the original wonkiness to the revised quilt top. 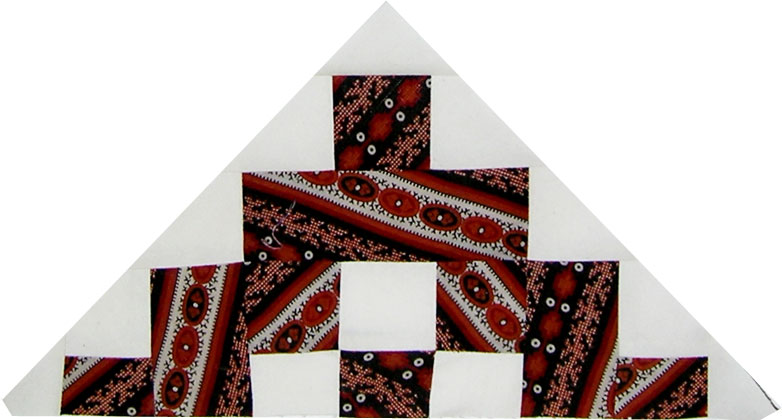 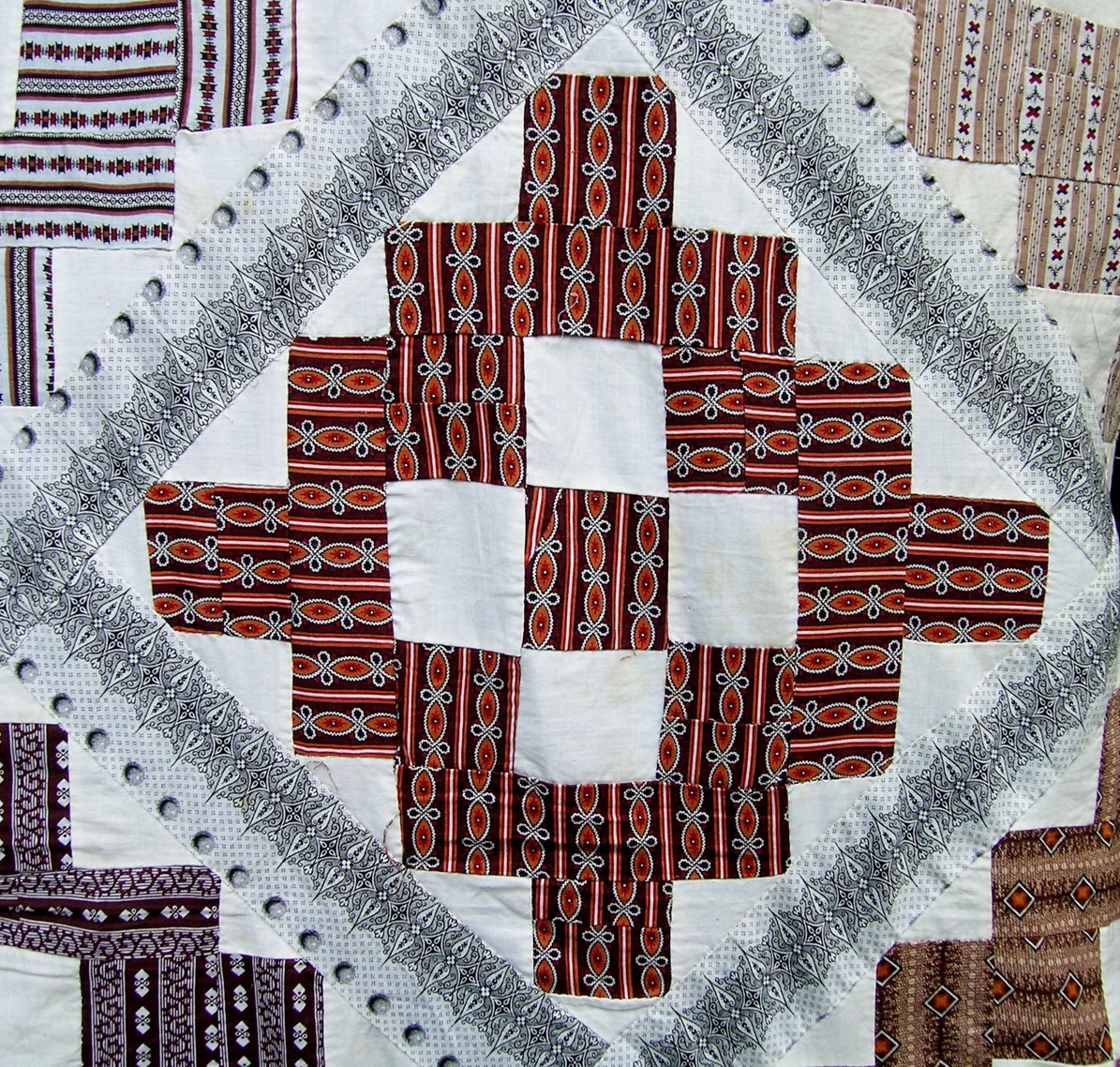 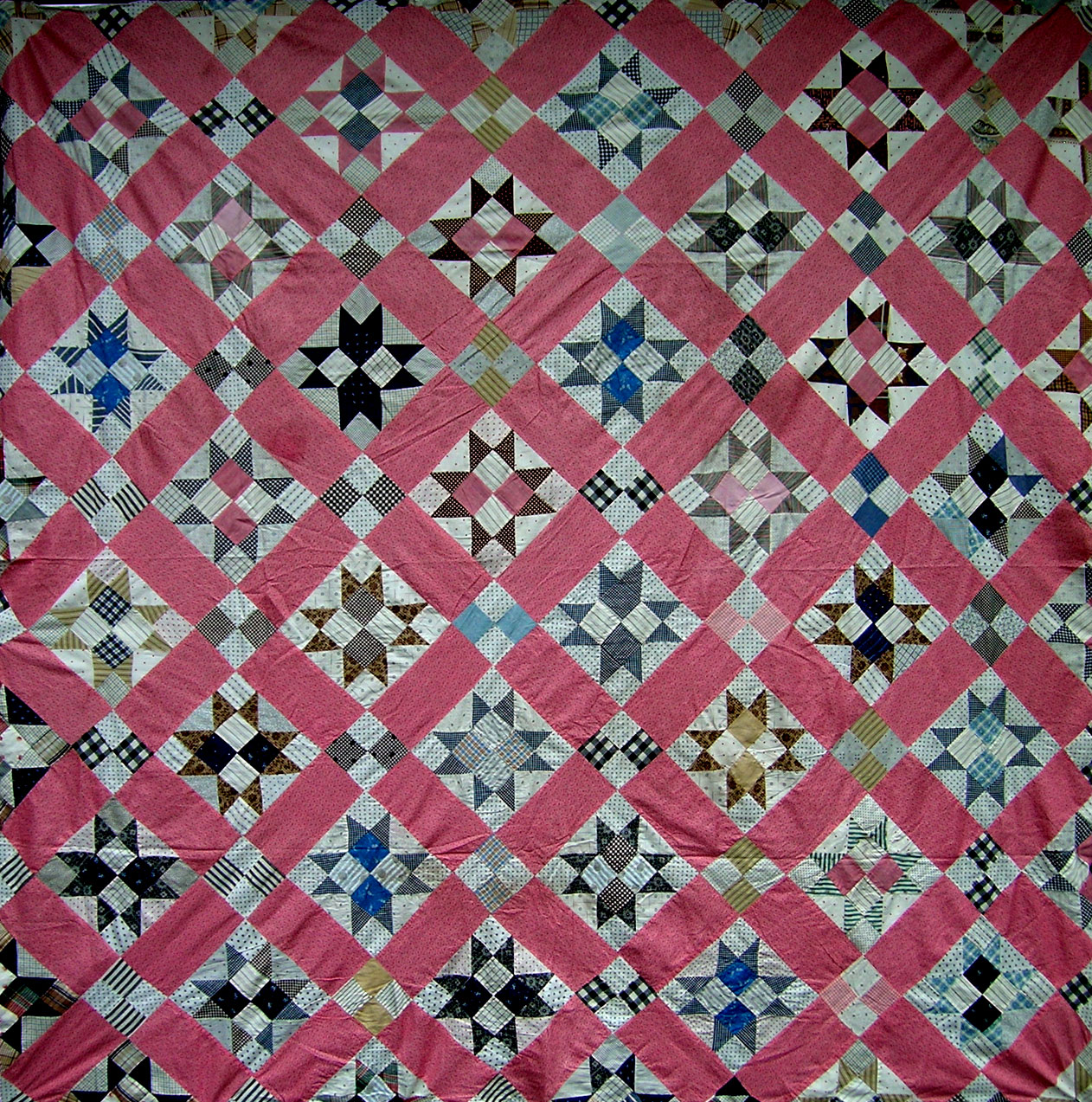