Several of you asked about my younger sister, Mary, who grew up to be a college professor teaching mostly English and Speech.  She received a PhD in her favorite field, theater, and she also works at a Seattle theater.  Mary doesn’t draw much anymore, but she is still a wonderful and witty writer.

I want to clarify that I was not nearly as popular (and hopefully, not quite as mean) as Mary portrays me in her books; in fact, I was pretty miserable in high school. Most of the stories in the books are based on real events, but they are also embellished and influenced by Mary’s 14-year old perceptions, as well as her natural inclination toward sarcasm (a Dellasega trait).

To demonstrate that Mary nailed the hair every time, here is my senior photo from Volume I, for which I may have used an entire can of hair spray, and. . . . 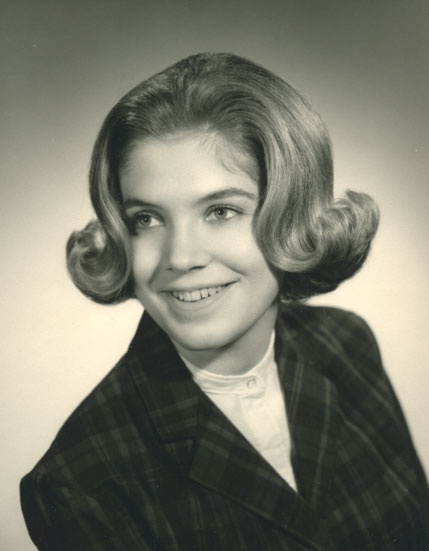 the short hairstyle from Volume II, where I seem to be smoking a cigarette in every drawing. 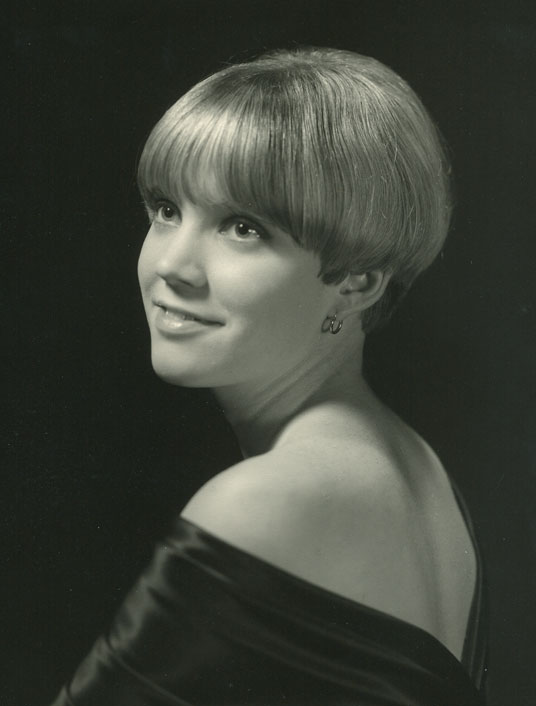 The History of Martha Dellasega, Volume II
Written and Illustrated by Mary Dellasega, 1966-67 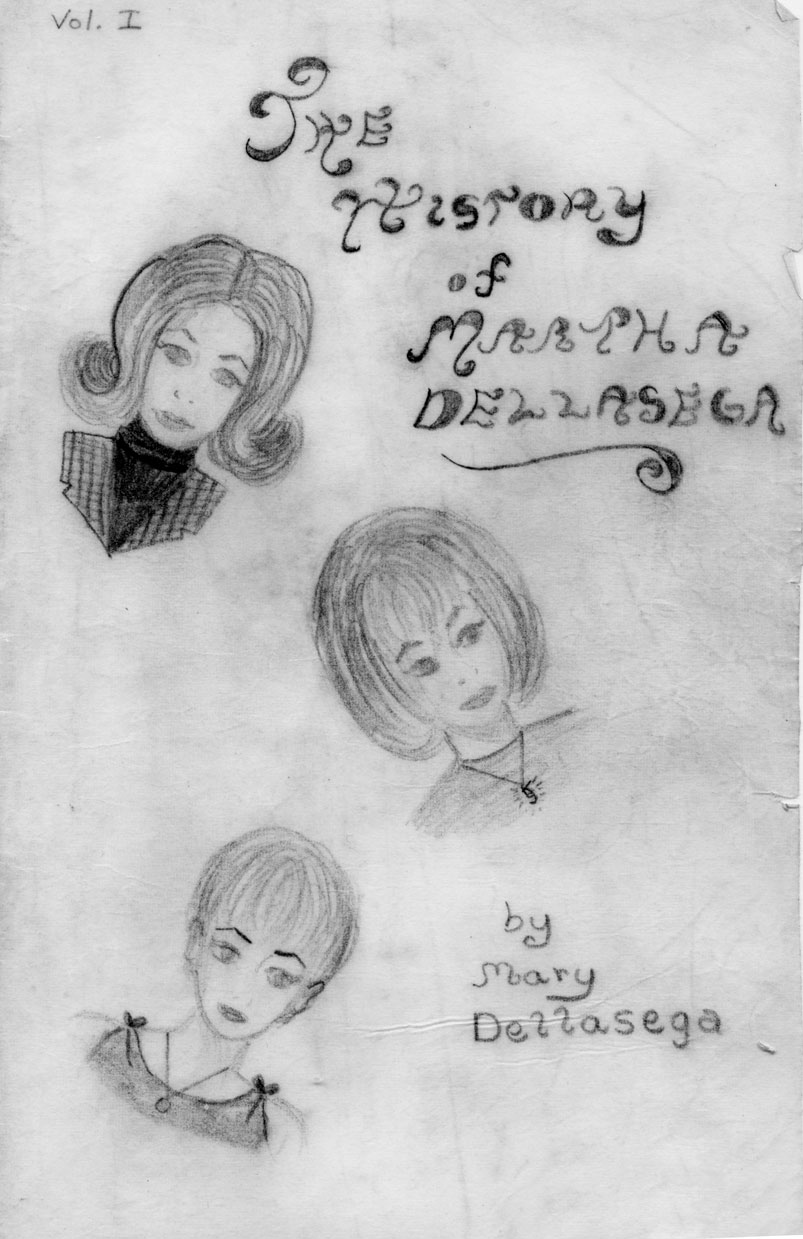 The History of Martha Dellasega – Volume 1 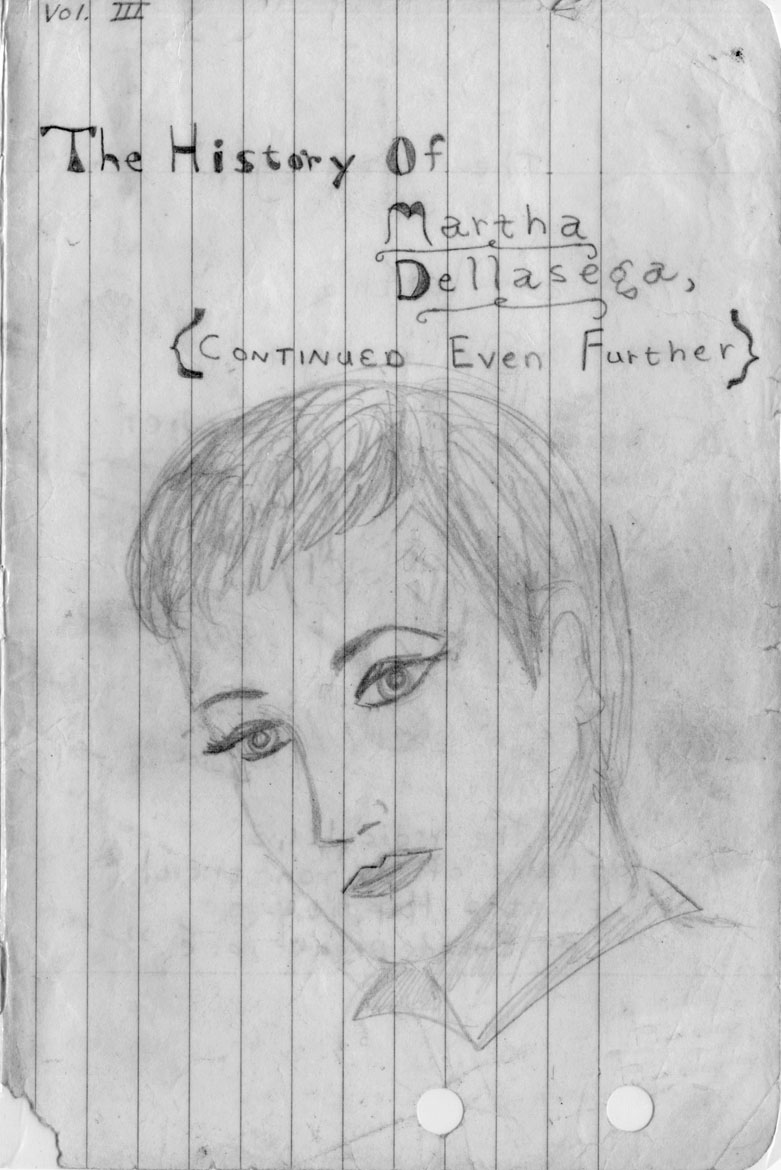