Okay, this project ended up being a lot trickier than I expected. After cutting four prototypes of the Eiffel Tower testing different sizes, paper and glues, I finally came up with a plan that worked. It took almost the whole day to cut these four sides — I had to take breaks because my hand would cramp from holding the X-acto knife.

At first I tried using cellophane paper, but it was hard to work with because it’s so thin, and it didn’t look that great because the color is not saturated enough. Gordon suggested plastic, so I bought some colored transparent binder dividers, and they worked much better. For the white areas, I used a thin parchment-like paper sold for scrapbooking.  The original images are located in this earlier post, in case you would like to try some paper cutting.

Now I just need to make these panels into an actual lamp, which should end up 7″ across and around 9″ tall. 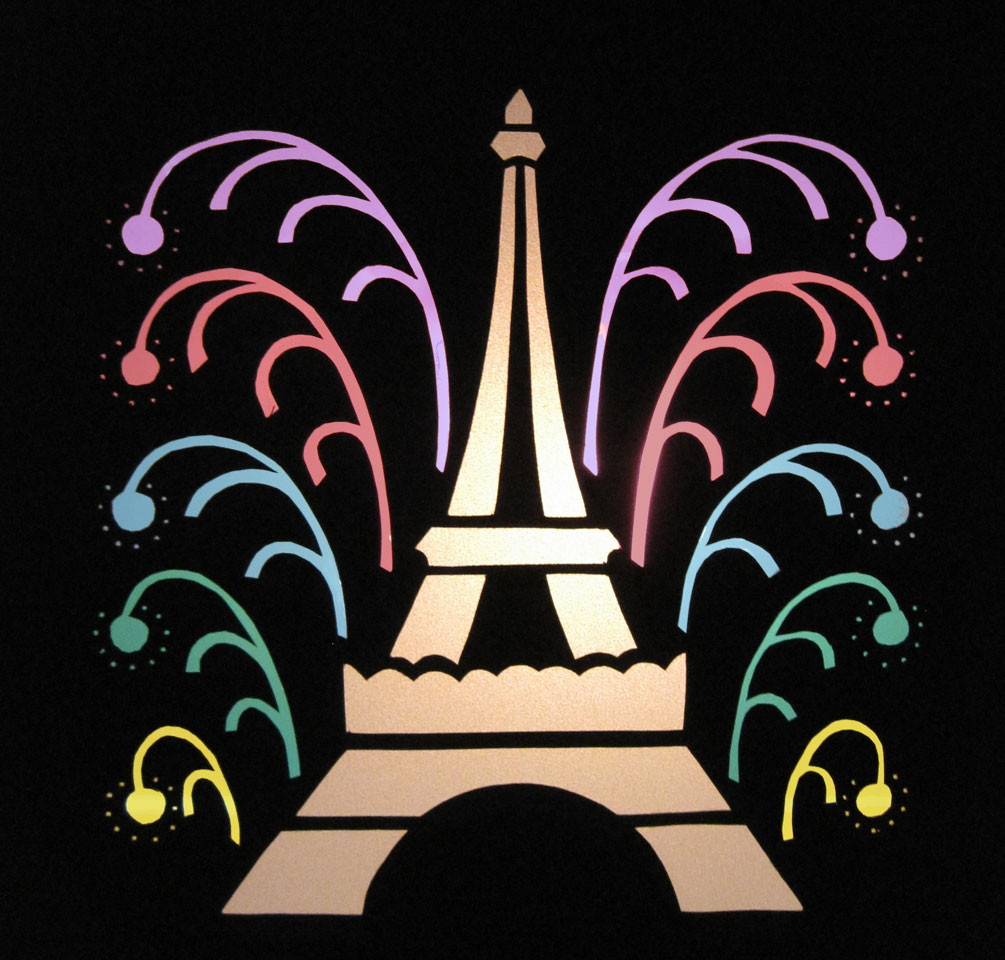 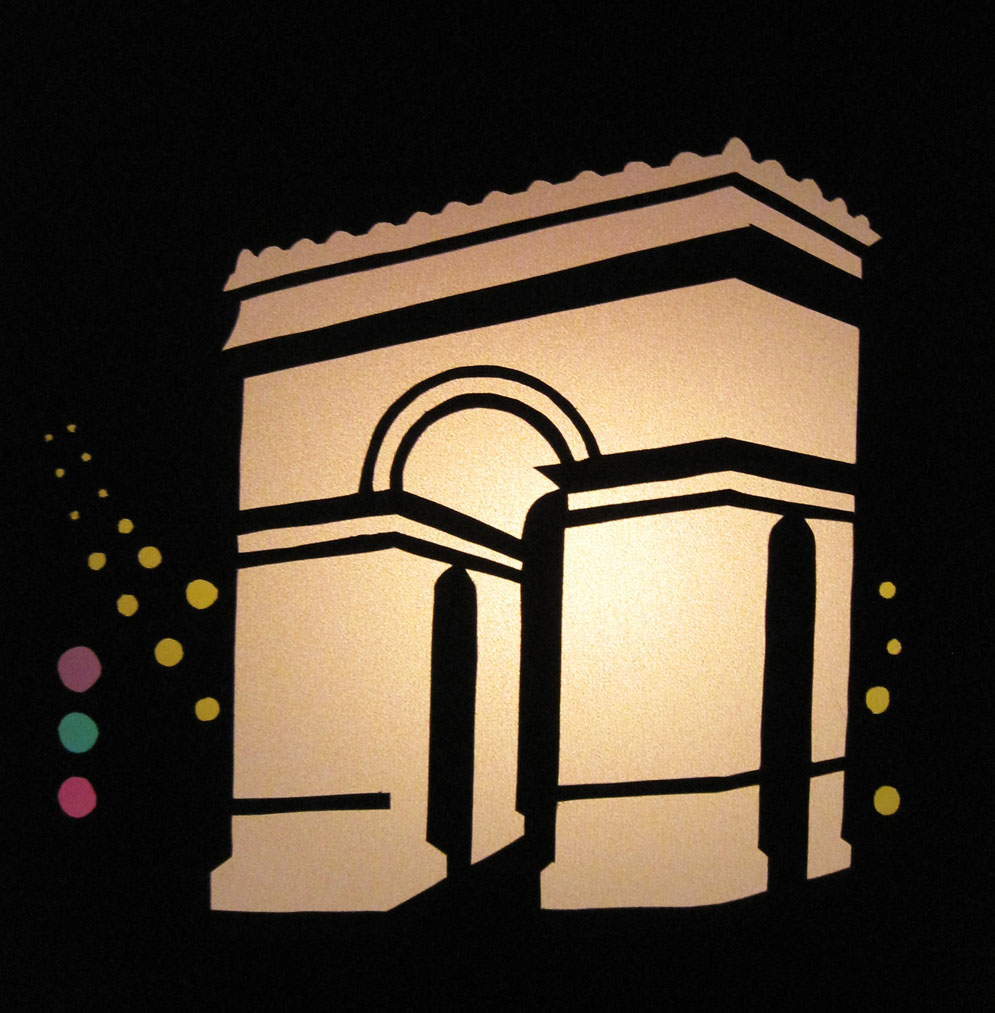 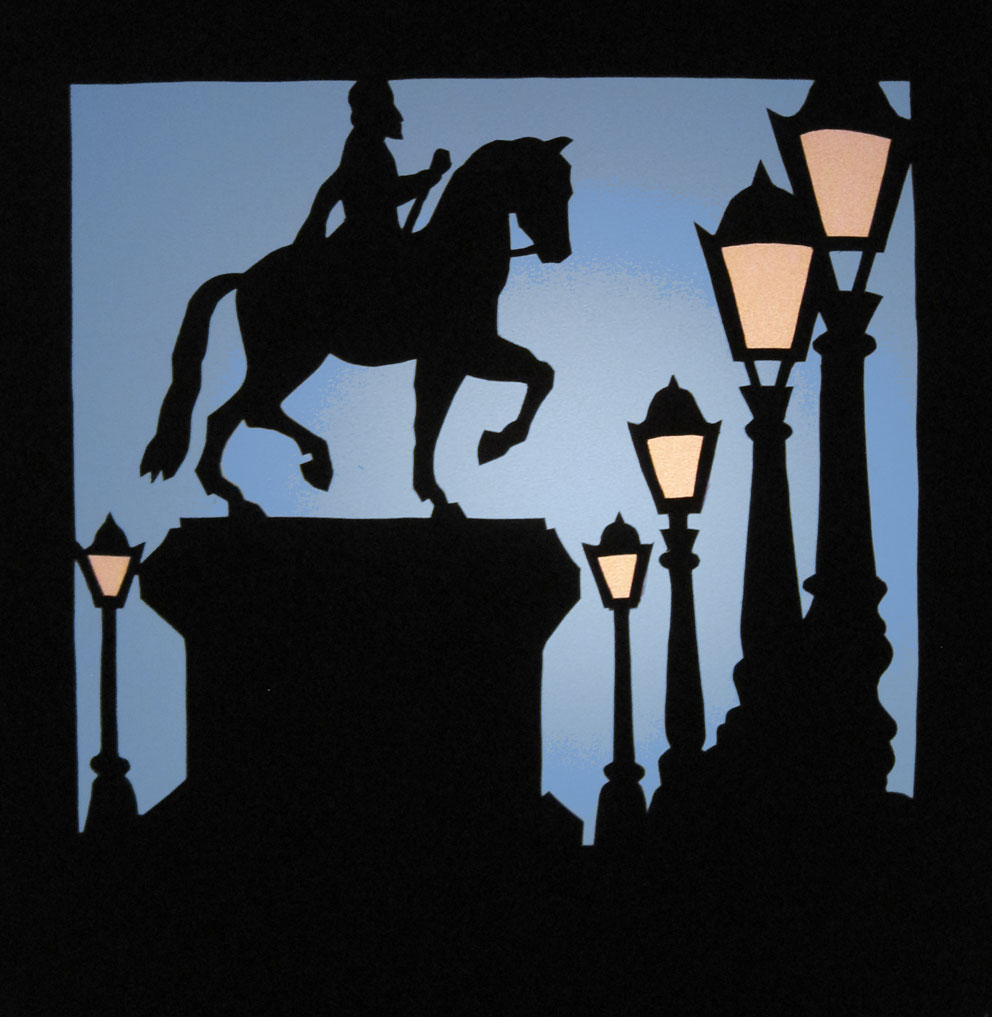 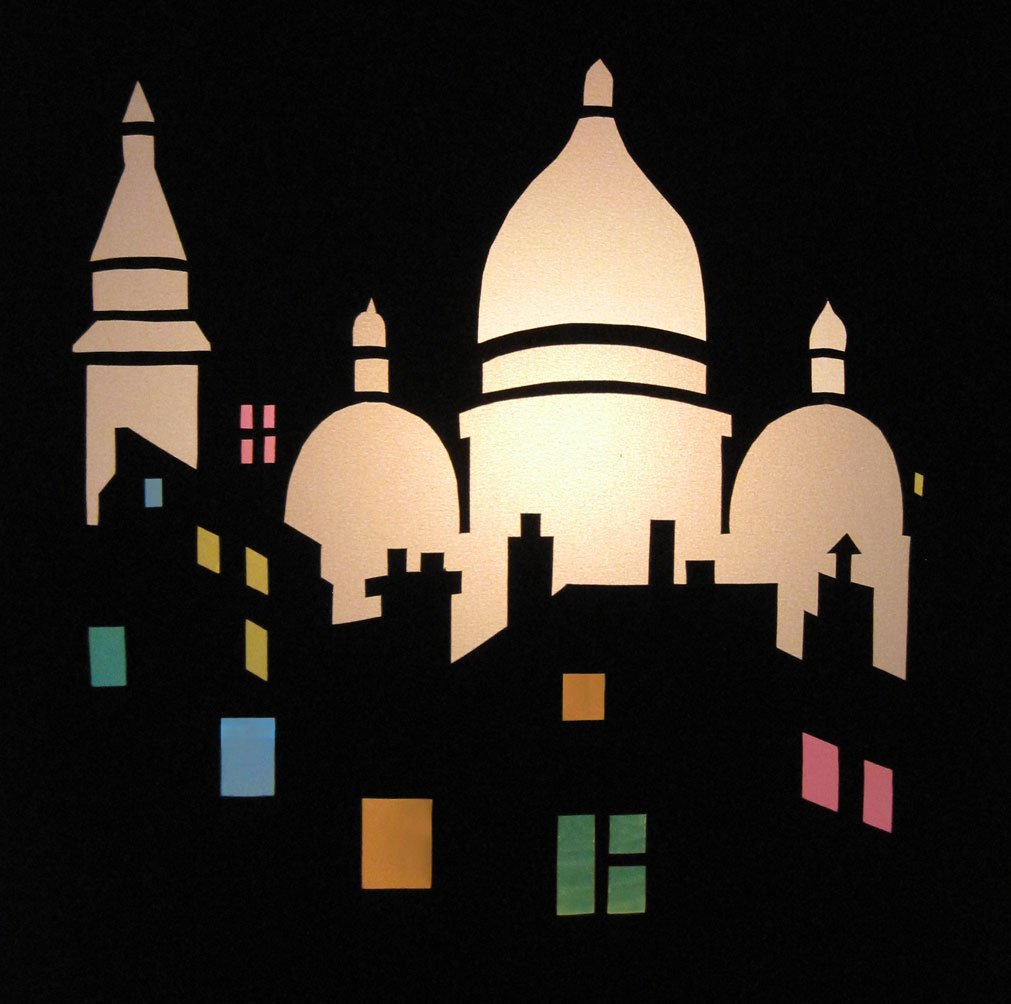 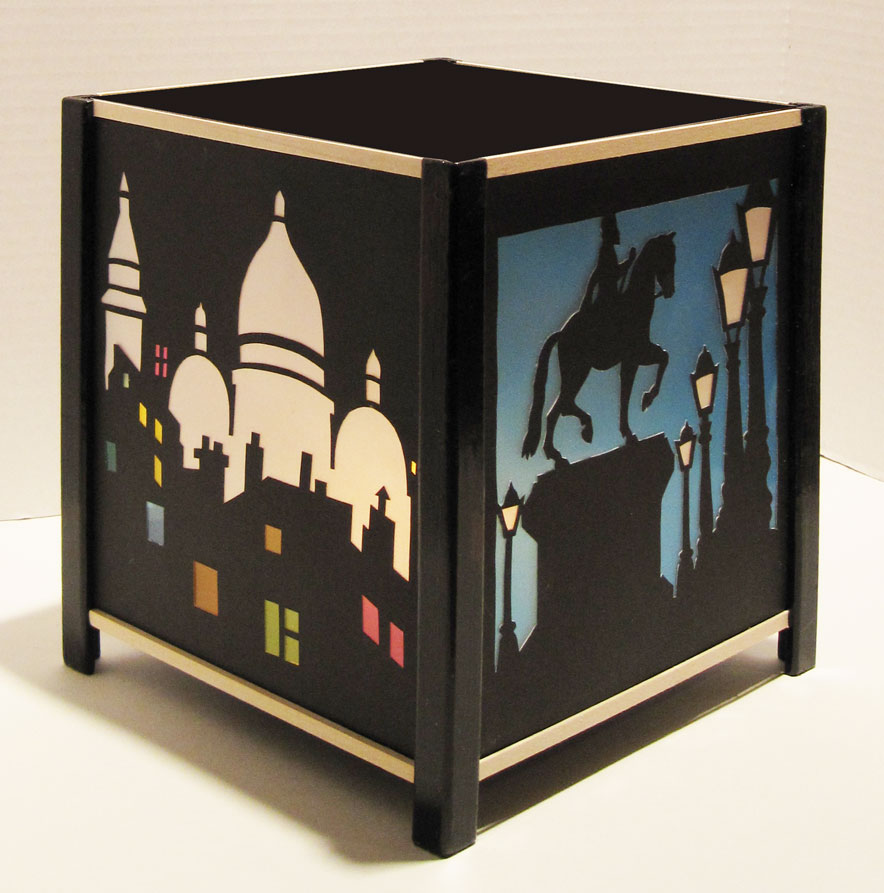