This project originated with a Flickr image of a 5″ vintage Halloween paper doily.  I loved this image so much and thought it had potential as a table topper.  I blew up the image and tile printed it to create the main pattern which is about 36″ in diameter.  It took a little thinking and testing to come up with a technique for applying the figures.  Originally, I thought that I would applique and embroider the cloth, but the details were just too tiny and the curves too sharp.  Then I thought about felt, but it was too fuzzy.  Finally, I just used a tightly woven cotton for all the colors.  The jack-o-lantern is reinforced with pellon and then zig-zag stitched to the background.  All of the other character pieces are attached with Steam-a-Seam2, and the details drawn with a Prismacolor black pencil.  Originally I was worried that the topper would not be machine washable, but I can live with that.  It’s not something that will be used very often.

The process of all the cutting and iron-gluing has been kind of fun and different for me — something I haven’t done in years.  It’s now about half done, and I’m really liking it. 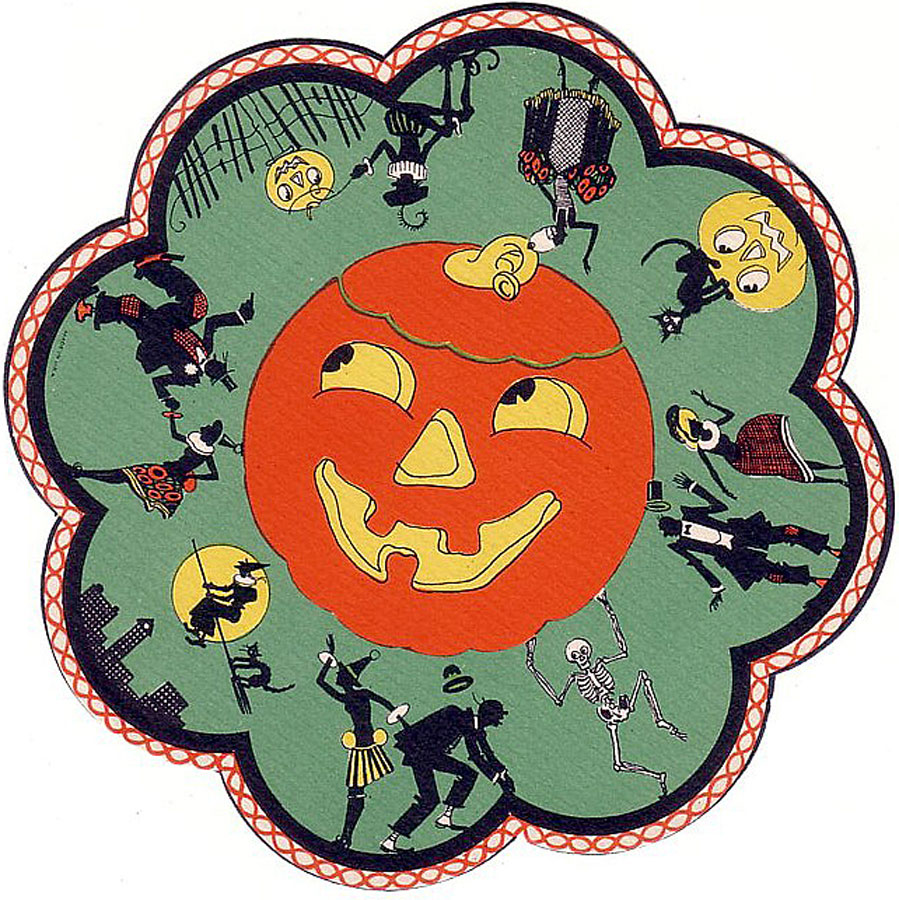 Here is my topper so far. I can see now from these photos that I need to darken the lines on the skeleton, so I think I’ll go over them again with a black fabric marker. 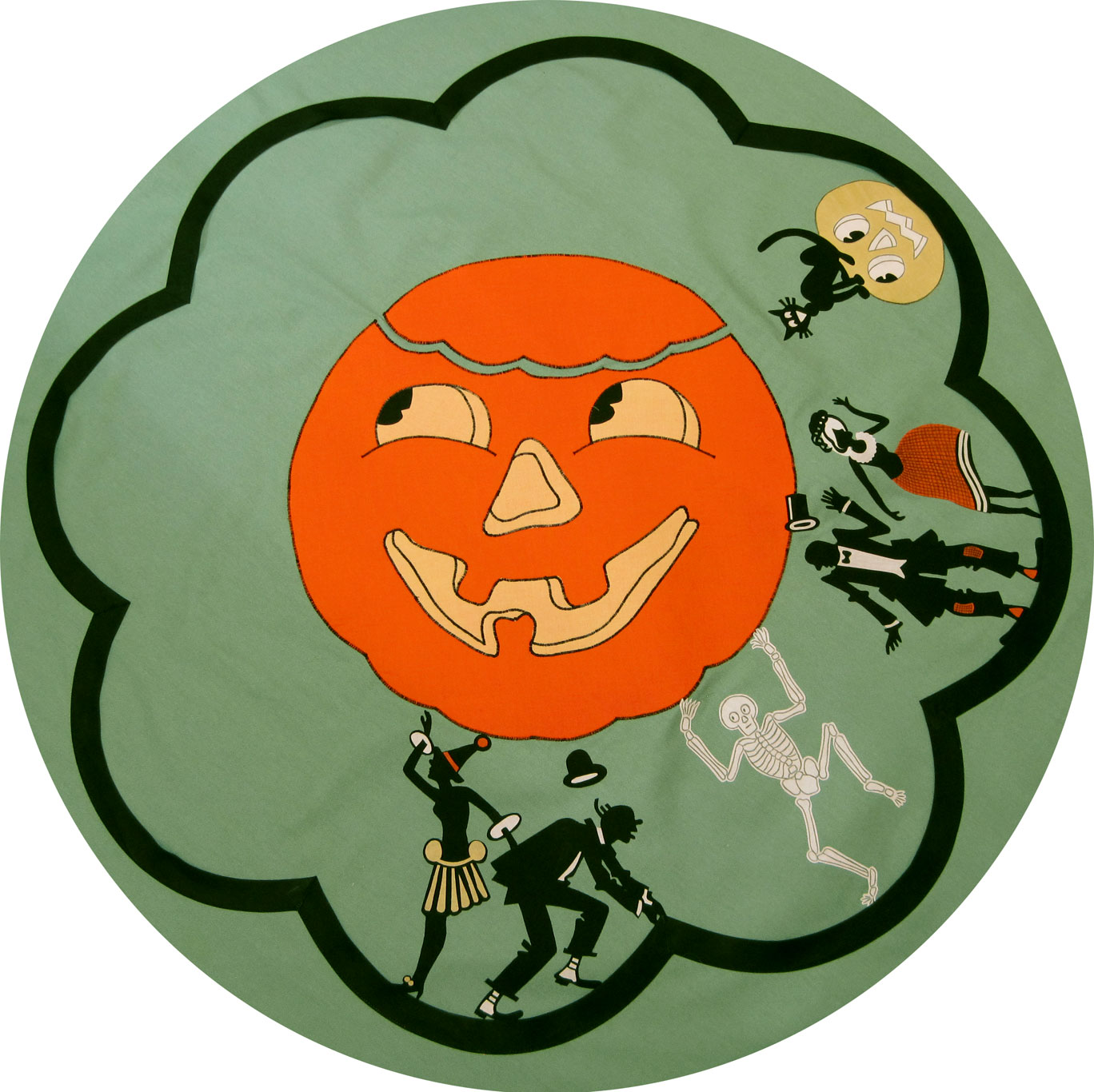 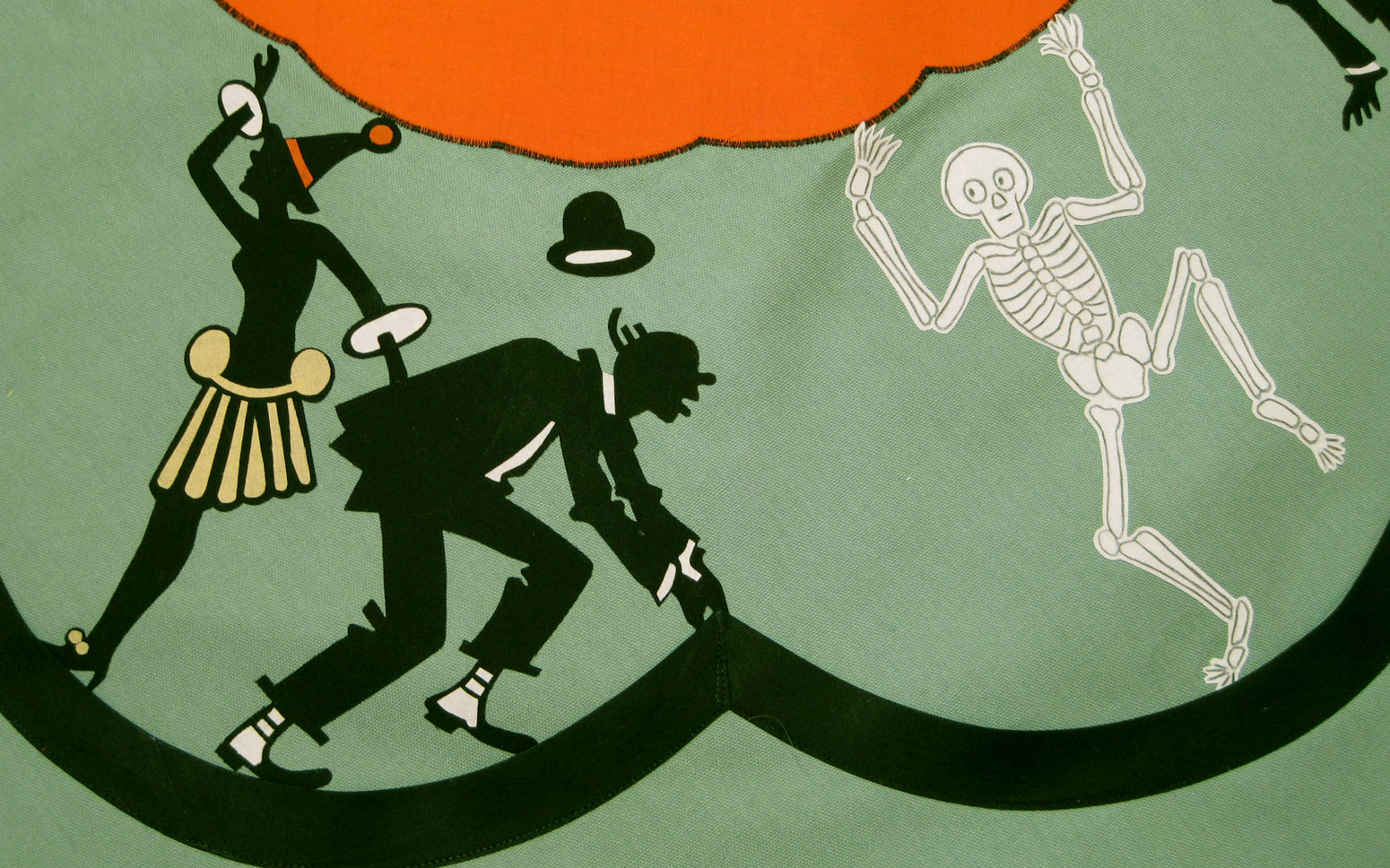 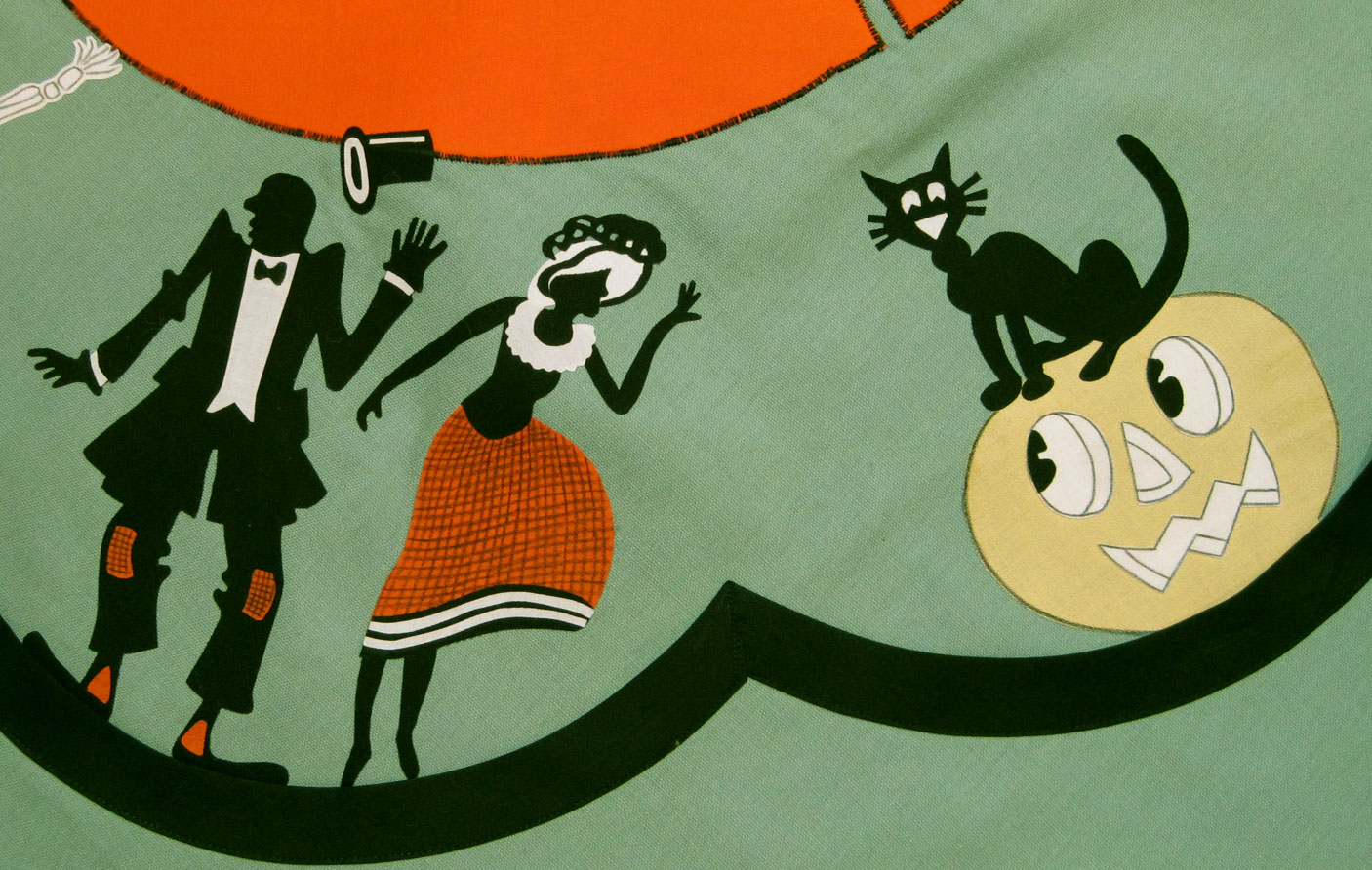 UPDATE:  The completed Halloween Topper can be seen here. 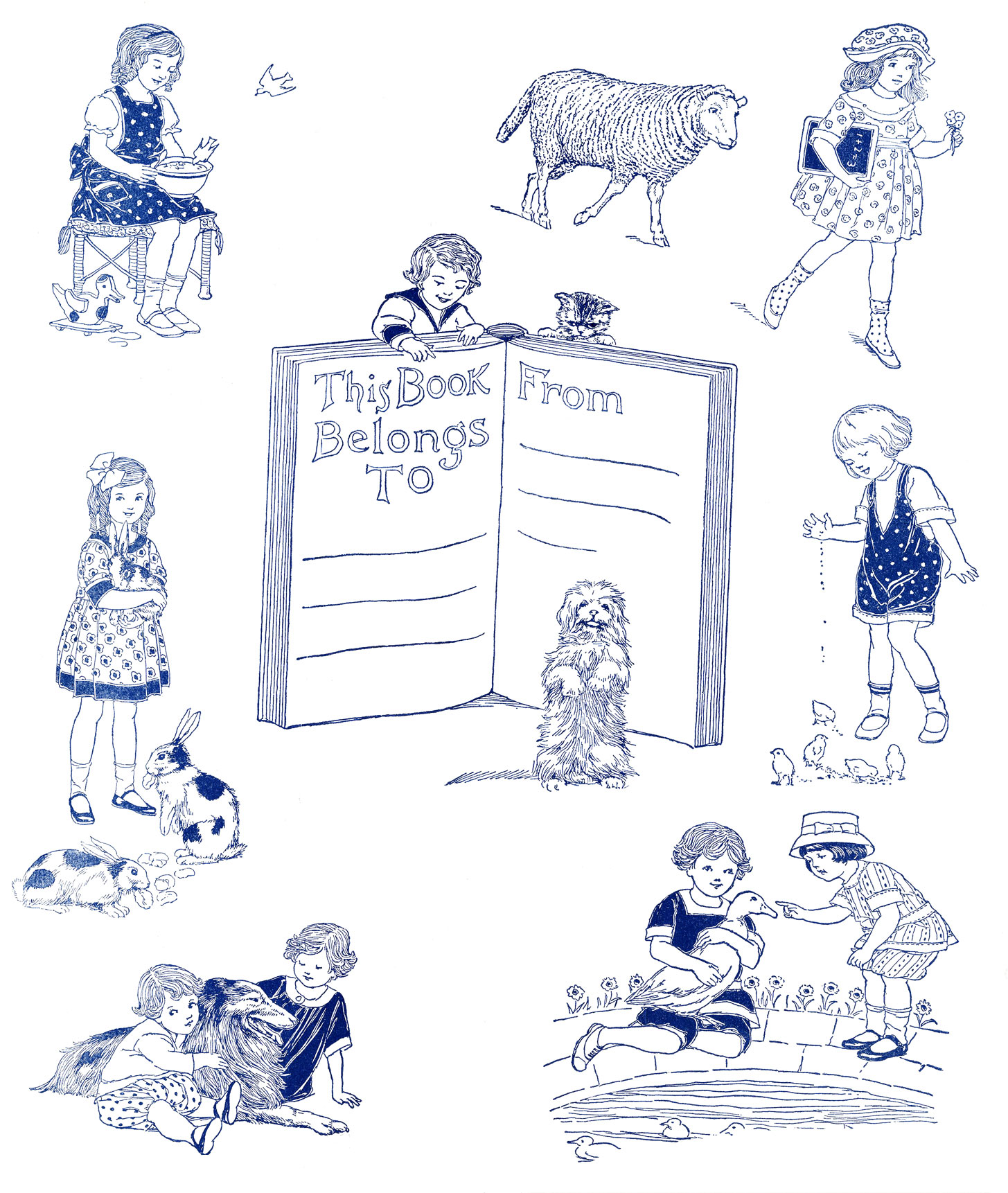 My Own ABC Book – Endpapers 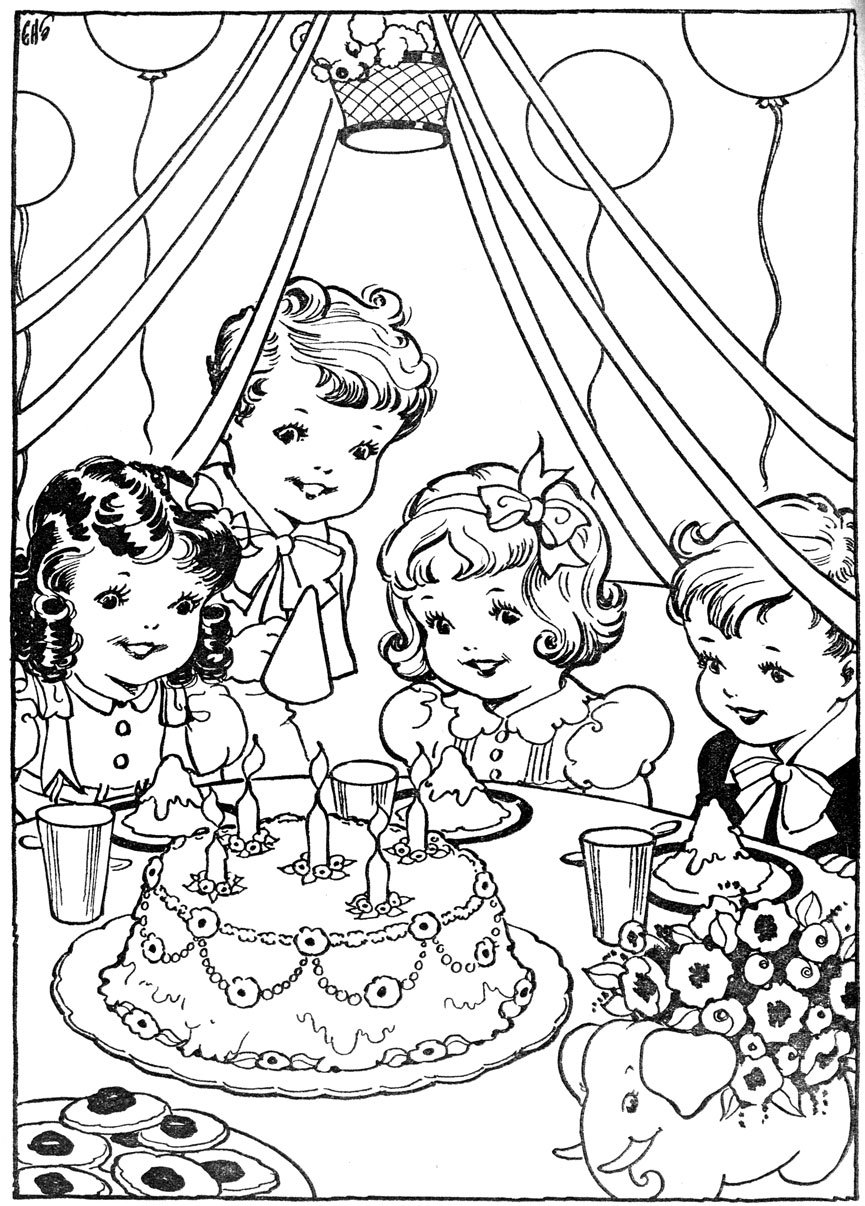 I realize tomorrow is Mother’s Day, but it is also…..