I bought these cute vintage applique blocks on ebay. Because the blocks were small, I used some old scraps to make a crazy border around each block to enlarge them — also I thought this would look better since two of the animal blocks would be in the corners. The alternate blocks are also vintage scraps stitched to a muslin foundation. My Bernina 1000 is a mechanical machine that works perfectly well, but it only has a few stitches and blanket stitch is not one of them. I know blanket stitch would have looked much better, but I’m not buying a new sewing machine just for that. I’ve done this type of crazy pattern before, and it’s lots of fun and a good way to use up small scraps. I added an embroidered outline to the animals (to make them stand out a little more) and quilted the top with 2 strands of black DMC which I thought would show up more than quilting thread and would also match the rest of the quilt. This was the first time I tried using embroidery thread for quilting and it was easier than I thought. Just for fun, I made a sort of crazy binding. 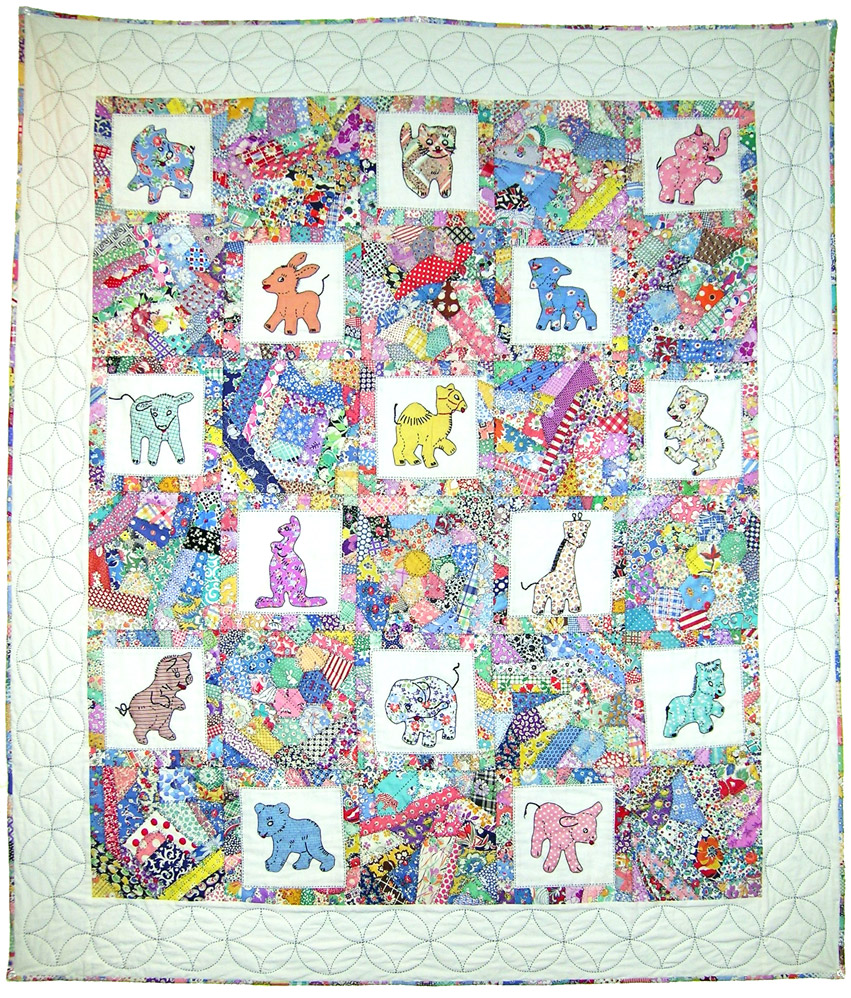 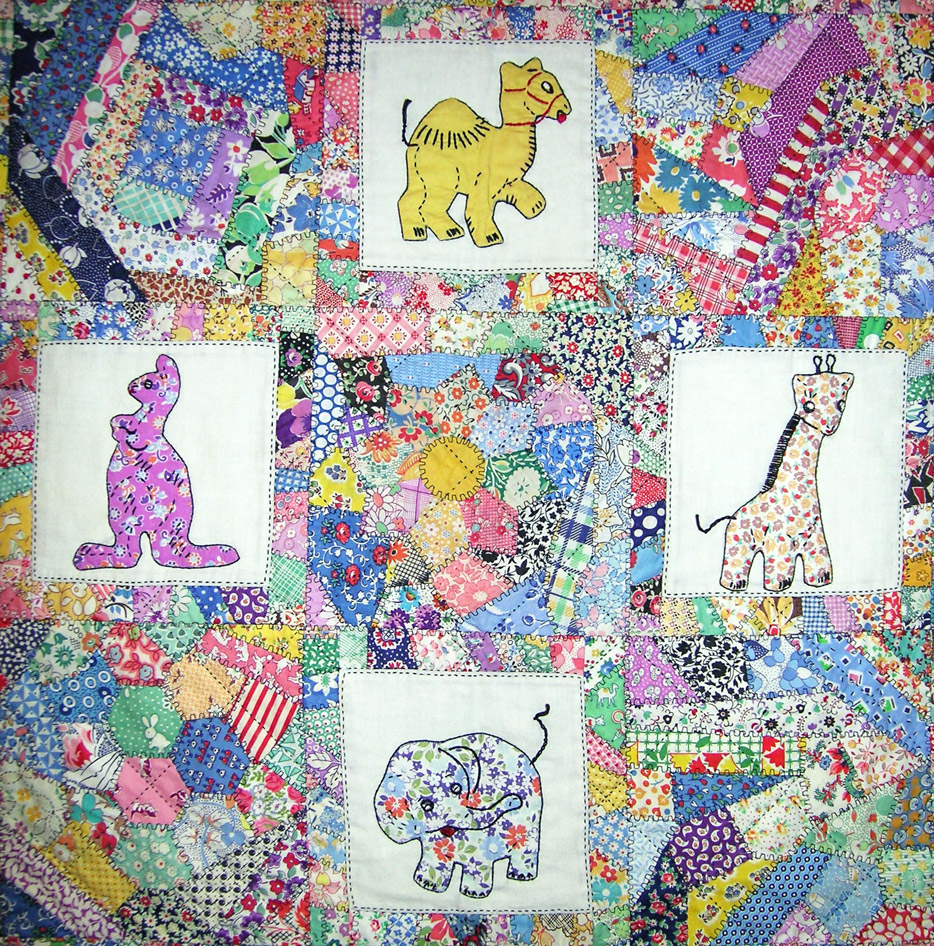 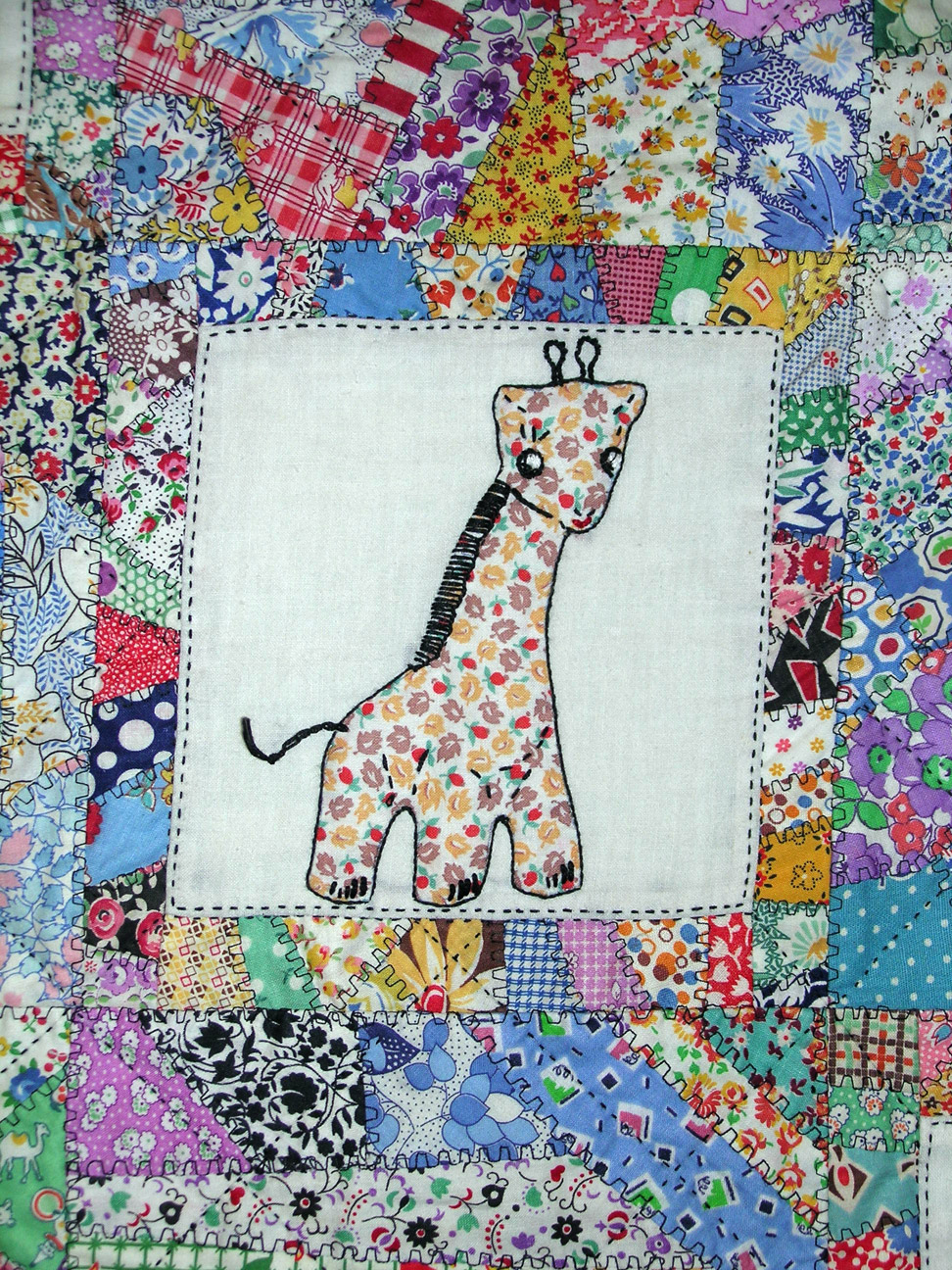 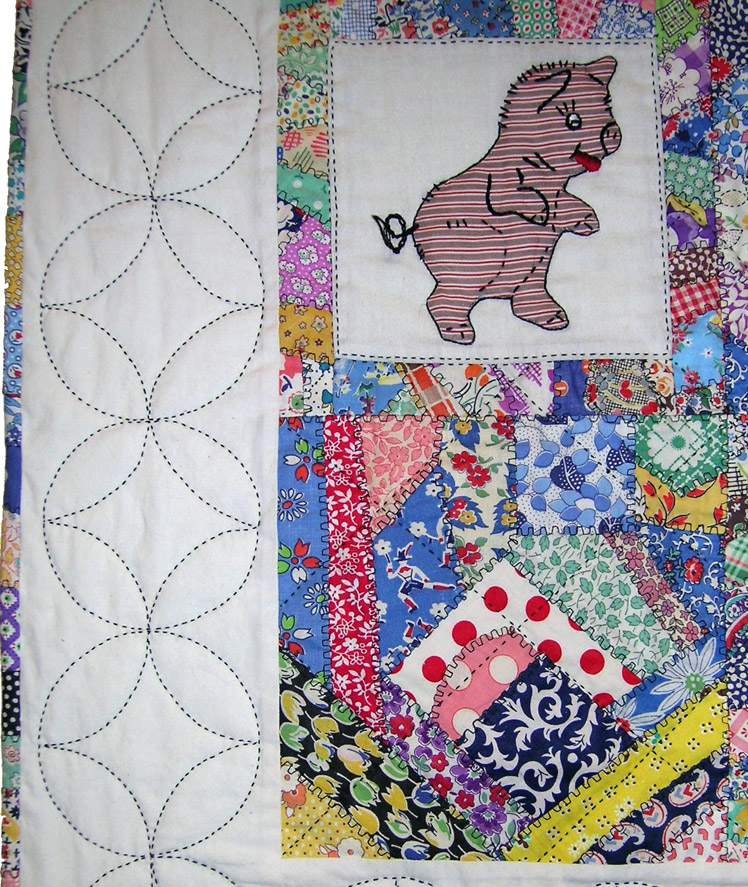 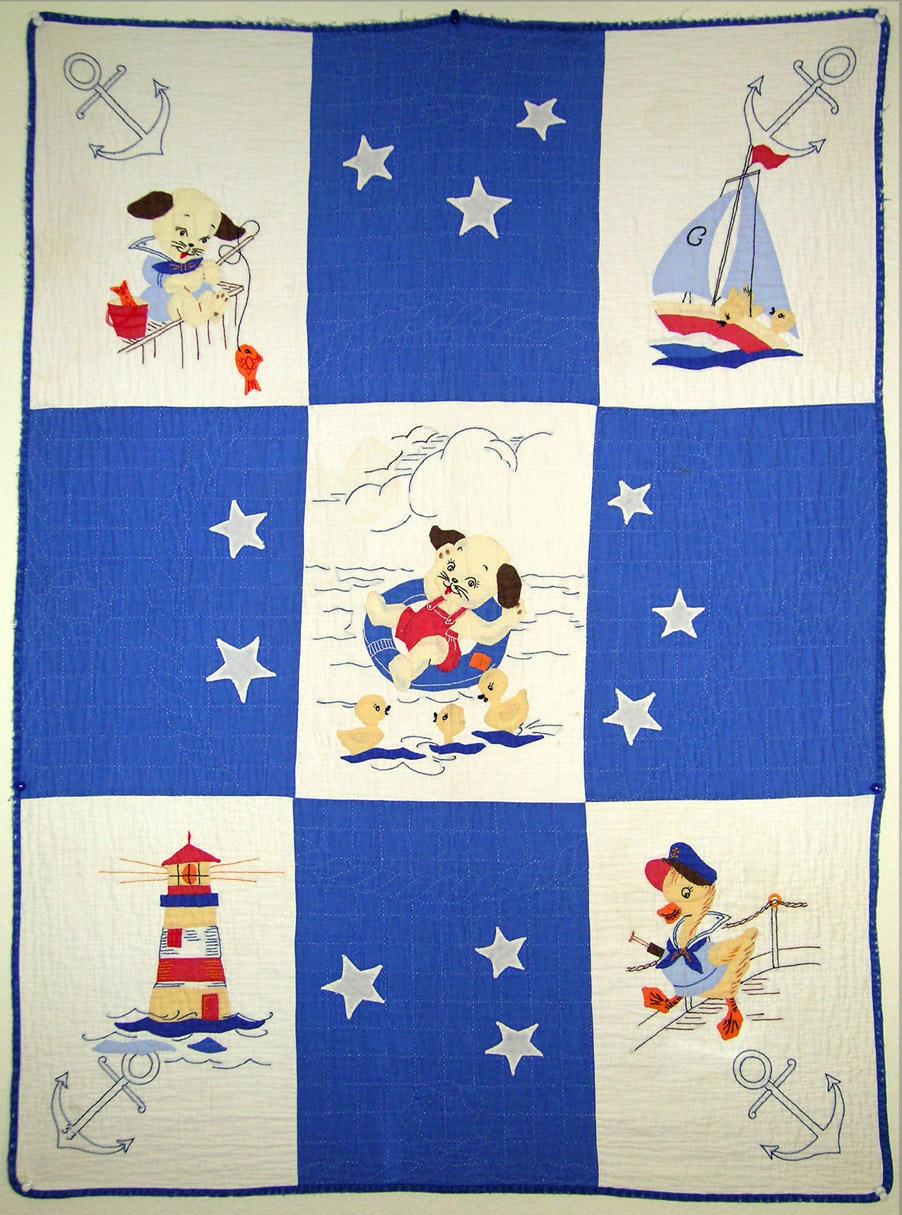 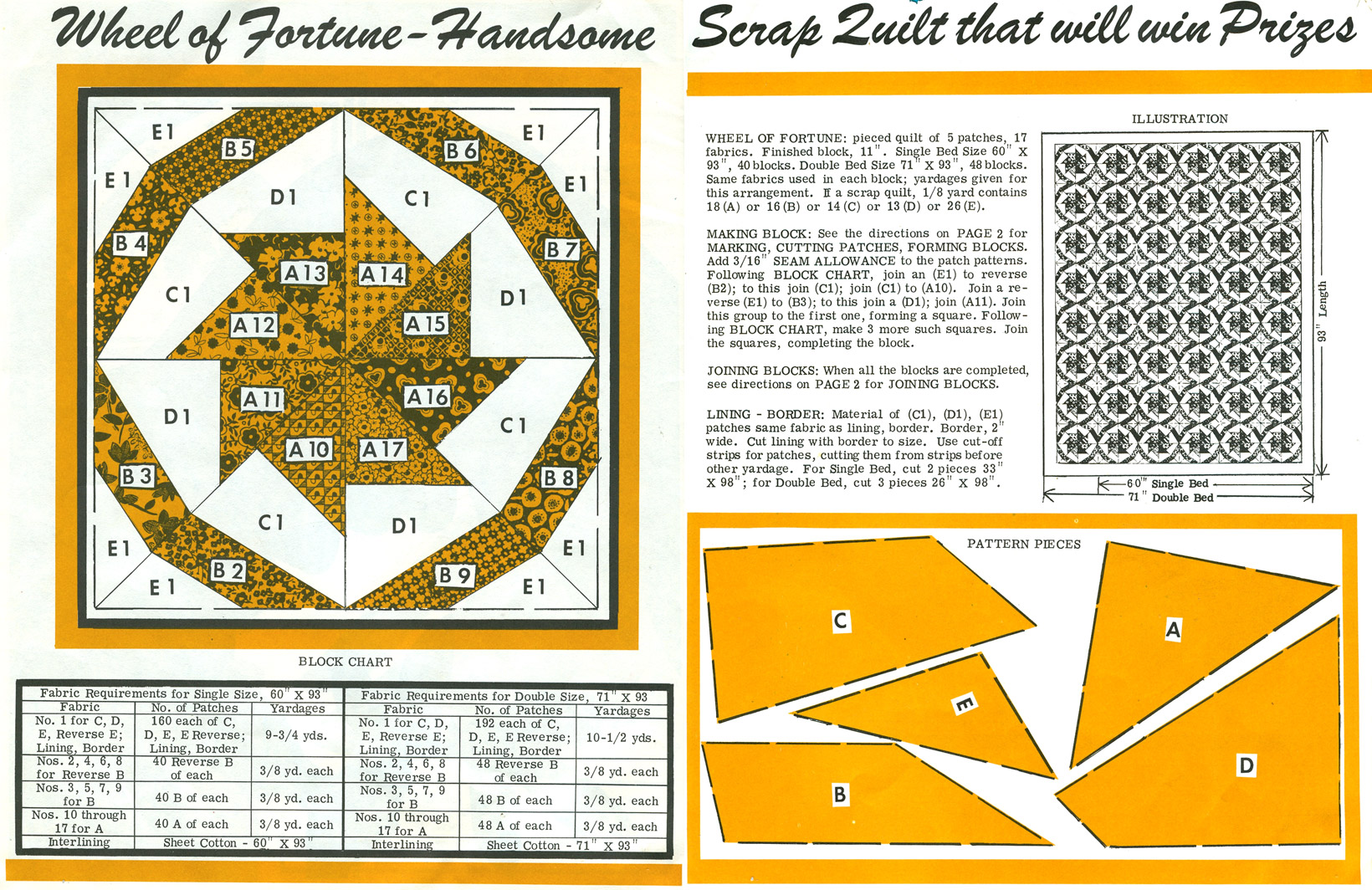